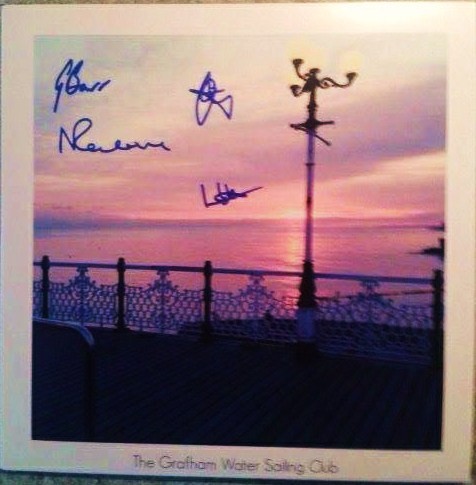 Ankara is the shortest of TGWSC’s repertoire but one of the most experimental. A shadowy and sinister foray into 80s new wave, it’s darker than anything they’ve come up with before, delicately interweaving layer upon layer of beats, keys and effects with a wonderfully hostile vocal.

Spewed forth from BB King talking about a kerosene-filled garbage can he’d use for heat and dance around in Arkansas in the 40s, B-side Feelin’ Blue is lengthier than its A-side. With an extra-terrestrial melody making way for eerie and almost tribal chants, it’s equally as fascinating. Driving to an abrupt finish, this is a mesmeric debut accompanied by some stunning artwork.

To celebrate the release from this truly unique outfit, we have a signed copy of only 300 limited edition 7″ to give away.