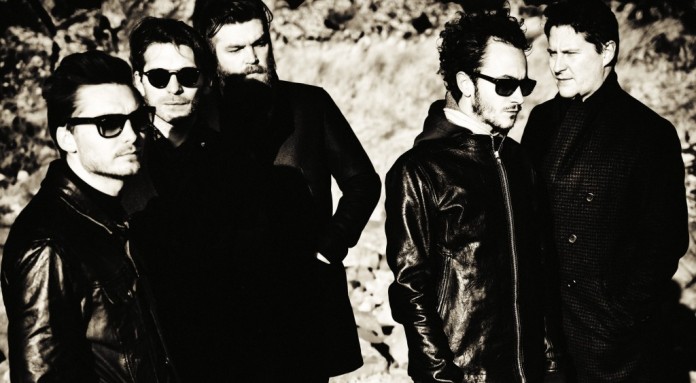 Editors have an unveiled an epic brand new track, clocking in at just under eight minutes long. Marching Orders is the second new song to surface from the band in two years, and follows No Harm, which was ‘leaked’ on a label compilation sampler last month.

Marching Orders was in the Western Highlands of Scotland earlier this year and mixed by Alan Moulder. Editors will donate 300 hand stamped 12ins test pressings of the song to Oxfam to be randomly placed and sold in selected Oxfam stores across the UK, Germany and Belgium.

The band have collaborated with Rahi Rezvani on the video for Marching Orders. Watch it below:

Editors have also announced details of a full UK tour in October, including a date at Birmingham’s O2 Academy on Friday, October 16. Click here for tickets.