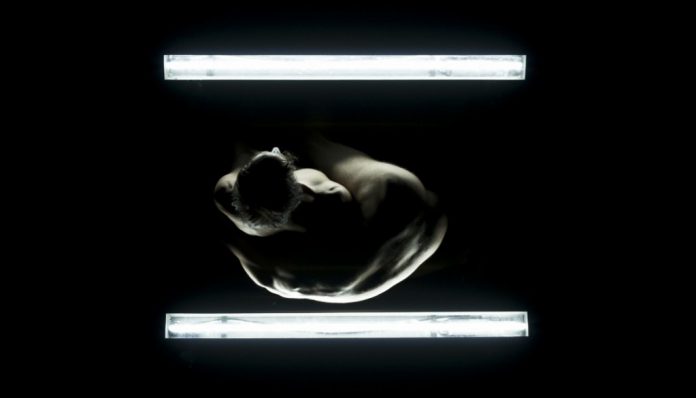 A Night To Remember, Walter Lord’s documentary account of the Titanic’s fatal encounter with an iceberg, might have held a particular resonance for artists and audience alike this eve of Midsummer Day. Capricious imaginations often see dreams of today become tomorrow’s nightmares.

Things We’d Love To See On Stage, “eloquent and witty theatre” from Spain’s Los Bárbaros, was not to everyone’s taste, an often self-indulgent fusion/contra-fusion of non-linear slapdash slapstick comedy of naïveté. The disparate closing-scene rendition of Auden’s Say This City Has Ten Million Souls evoked less gravitas than a supine puppy having wet on the poet’s original manuscript – this was in tandem with an actor’s naked form being paint-brushed with ambiguous Celtic glyphs. Experimental, vain, stroppily adolescent and iconoclastic, you have to give these tantrum troubadours enough rope to either hang themselves or lasso you into their alternative reality. Long may they have the right and support to continue to do so.

“Transcendental” just about prepares one for Vacuum, a performance of experimental choreography from Switzerland’s Cie Philippe Saire. The audience are directed to occupy designated seats marked with white stickers. Here we go – another experimental ruse designed to irritate our inner Alan Partridges. But there’s method in this seeming madness. Sightline is of the essence. The stage is Stygian dark but for two horizontal, parallel neon strip lights some two meters apart. Slowly, to a sub-bass ambient drone, fleshy forms weave between the luminous tubes. Incrementally, we witness two naked male forms seemingly suspended in impossible postures of both geometric and gravitational planes. This performance will either transfix or abhor. For this reviewer’s part, it was a damascene moment of reinvented dance, a voluptuous vortex of muscular expressionism. Picture one’s self immersed in a flotation tank with slow-motion writhing canvases of Dalí’s foreshortened perspectives of the Crucifixion or being inside a Francis Bacon hangover without the pain (or guilt).

We Are Brontë, a wickedly urbane parody of the Branwell/Cathy/Heathcliff tortured trope from the UK’s Publick Transport, was underwear-troublingly exquisite. Part-mime, part-monologue, Angus Barr’s Gothic/Amish Branwell head-butts his asides through the fourth wall with apologetic insistence. Sarah Corbett’s Cathy remains startled and dumbfounded, framed in confusion, looking altogether like the hay-fork farmer’s wife in Grant Wood’s American Gothic portrait – but with an even worse wig.

Closing performance Hamlet, from Italy’s CollettivO CineticO, riffed on an audition for the role of Hamlet set in a bizarre knockout-games show within the sepulchral motif of an inquisitional triangular boxing ring. Allegedly local volunteers, three young men, heads inside paper bags, are dragged through a serious of mundane acting tasks in search of their expressive muse as defined by the stock-in-trade core modes of dramatic expression. The disembodied voice dictates their every action, a dubiously-accurate clap-o-meter would decide the winning candidate. Dark, subversive and acidly cynical, the ritual of mutual self-humiliation by proxy thumbscrews its humour from all the anxious participants. CineticO’s suppurating Denmark is truly in a rotten state. How apposite, given the next day’s news.

For more information on BE Festival, visit http://befestival.org/.