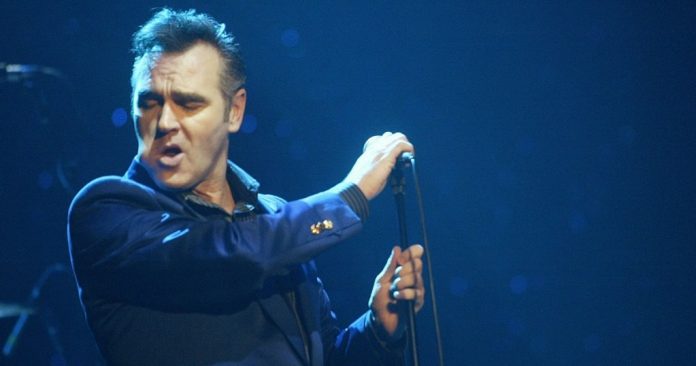 It didn’t begin, it blossomed. It was a sign of positivity, of unity. He was a spokesman. But something went wrong…very wrong. Now an outcast, even the most devoted of fans are turning their backs on him. As Mugabe and Morrissey’s reigns come to an end, we investigate the parallels between the Mancunian miserablist and the Zimbabwean despot…panic on the streets of ‘Babwe?

“Presidents come, Presidents go,” sighs Morrissey on his new album, “and oh, the damage they do.” It’s a swipe at Trump, but it could also be pilfered as a neat summary of Zimbabwe leader Robert Mugabe. For the 93-year-old despot has caused almost irreparable damage to a once fertile land, turning a thriving nation into the second poorest country in the world.

Four decades after his reign began, his time is now at an end, with his impending impeachment removing him from his role as leader. On the music side of things, maybe an impeachment of Morrissey would not be such a bad idea.

When once you would bristle at the odd questionable remark, you would show leeway when listening. It’s, after all, well established that Morrissey is a twat, but his music was enough to make us forget such frivolity. In fact, when he made a two-fisted comeback in 2004 with the striking You Are The Quarry, we greeted him like an old friend. Now we look at his Twitter and remember why we stopped hanging out with him in the first place.

While Mugabe was given accolades such as an honorary knighthood in 1994. Mozzer, meanwhile, was voted the second greatest living Briton in 2006 (coming as close runner-up to David Attenborough, no less). Several years later, Mugabe has been stripped of his honour while Morrissey would probably lie somewhere in between Jeremy Clarkson’s hairhole and Katie Hopkins’ salacious jaw. Both Mugabe and Morrissey’s reputations lie in tatters, both of their achievements are almost long forgotten and both face 2017 as worthless peons, bygones of an era no one wishes to remember.

Mugabe’s downfall, of course, is long-awaited and for obvious reasons. Morrissey has fallen on his own puffed-up petard. He’s often been forthcoming with a contrary comment, from blasting the “blustery jingoism” of the 2012 London Olympics to calling Brexit “magnificent”, but in 2017 he seems to enjoy being deliberately divisive. The Pope of Mope’s PR company must be pulling their quiffs out as he defends Kevin Spacey and Harvey Weinstein, claims a UKIP election was rigged and bestows Berlin the title of “rape capital.”

Yes, the Spacey interview was translated. Yes, maybe he did, deep down, have some kind of relevant point. But why bring it up? Why indulge an interviewer? And this is me giving Morrissey compassion, when in actuality we know that he probably meant every word. He has become a man living in his own bequiffed bubble, and just like Mugabe, has become almost invulnerable to criticism, to anger and rage. Everyone else is wrong, Mugabe and Morrissey are always right.

Things started so well for both Mugabe and Morrissey. Both came to prominence in the 1980s, and both came as welcome relief to movements that had long grown stale. As racist Rhodesia became independent, Mugabe was a progressive leader, aligning two warring races and promising a brighter future. Morrissey, meanwhile, was a leader for the wistful, a knitted anachronism singing with Wildean wit and kitchen-sink despair. As time lapsed on, though, so did their good points. Mugabe’s stranglehold over Zimbabwe choked it of its economic stability; Morrissey’s post-Smiths output became highly politicised, polemic and polarising.

In 2017, even the most devoted of fans of Morrissey – myself included – are tired of fighting. We’re tired of defending him. We’re tired of saying “just listen to music, not the man.” We want the beloved, deadpan spinster back to make remarks like “I’m a humasexual…interested in humans, though of course, not many.” That comment was made in 2013 and was probably the last humorous thing Mozzer uttered.

As for Mugabe, Zimbabwe may, one day, breathe a much-needed sigh of relief. Robert, it really was nothing.