The Orwells kicked off their sold out UK tour in the second city at the Hare & Hounds. Boy did they hit it hard, likening it to two stags in rutting season, opener Other Voices started a riot right there and then.  Lead singer Mario Cuomo lead from the front, literally embracing the crowd at every possible opportunity. The motion and wave after wave of crowd surfer came over when the band broke into the second track Righteous One and indeed Mario epitomises some of the greatest front men – a young Iggy Pop combined with the swagger of Mick Jagger, this lad has charisma by the bucket load. Dirty Sheets took the pit to another level with people hurling themselves at the barrier, and eventually when the band got to Mallrats Mario had torn off his vest flinging it into the baying young girls at the front. ‘Godlike’ could be the only description of his next move with water and wine decanted into his adorning followers’ mouths.  He called out ‘the Geezers’ from the back of the room and pointed out they like to call them “old f$£#%@s back at home – we came to rock n roll.” They end with an encore of I Wanna Be Your Dog’ by The Stooges.  If this band steam roller in and out of your town, you’d be a fool to miss them. 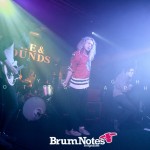 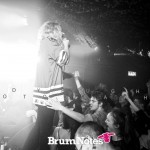 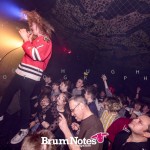 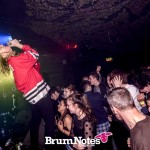 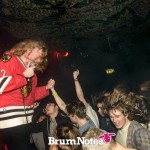 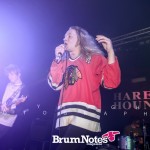 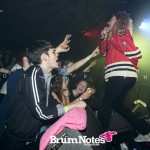 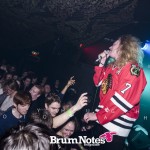 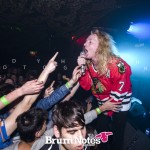 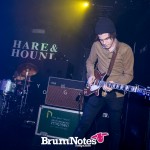 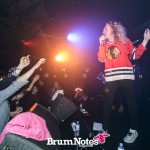 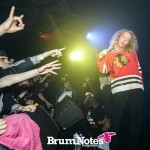