One thing can definitely be said of Metronomy: they look good. Kitted out in matching white trousers and shoes, fitted claret jackets and navy blue shirts at this Birmingham leg of a 12-date jaunt around the UK, Joseph Mount and Gbenga Adelekan’s bon chic bon vibe suits the band’s stylised electropop vibe down to a tee.

The set-up around the artists tonight is sleek and classy too; white stage furniture, low pink and purple neon downlights and a giant cloud backdrop gives the gig a dreamy kitsch cocktail party feel – treading a fine line somewhere between Studio 54 and Ron Burgundy’s apartment. But it works, and the sound is crisp and well balanced; perfect conditions for the two frontmen, multi-instrumentalist Oscar Cash and drummer Anna Prior.

Opening with the stripped-back Monstrous, Metronomy go in soft and gentle, letting the whirling organ lines, muted drum machine beat and visual aesthetic do their thing before stepping up the pace with Month Of Sundays. It’s slightly heavier than the recorded version with guitars turned up, and followed with a charged-up ‘Love Letters’, taken from the latest album of the same name.

Mount’s banter is well-measured and cheerful, leading into The Look, one of a number of tracks from older albums that elicits a better response from a relatively reserved crowd than newer material. Quirky 70s/80s-inspired electronic instrumental number Boy Racer goes down a treat initially; losing listeners by the time it’s done. By this point, we’re wondering if the Metronomy live show is a little too polished, or whether we’re all just in a fickle mood tonight.

Then Holiday drops and the gig gets a shot in the arm; we all bounce to the pounding four-to-the-floor beat and dominating future disco bassline.  By this point, the lighting engineer has upped the game, Mount and Adelekan are sweating it out, the band have switched around positions and instruments a few times, and in the stalls and balconies casual interest has given way to genuine enthusiasm. The party vibe has arrived, kinda.

Love Letters has been critically acclaimed and is rightfully destined to score highly in end of year lists. But it’s a grower and so perhaps needs a little time to bed in with fans, at least for most of us here tonight. Subsequently, nothing sets off the room like Everything Goes My Way taken from third album The English Riviera, all of us – fans old and new – singing in unison. I’m Aquarius, Reservoir and The Upsetter are solid and elegantly performed although offer little in the way of improvisation or solos.

A raucous The Bay, and a formulaic three-song encore of Some Written, Heartbreaker and The Most Immaculate Haircut later, we’re done. A pure Metronomy-by-numbers performance, just short on surprises and a little off-scripting. Mount and co sound and look beautiful, and make consistently delightful records – with a little more energy, presence and invention on stage there’s surely a next-level live experience waiting for us all. 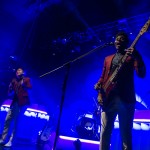 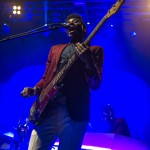 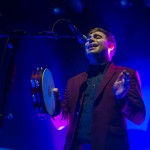 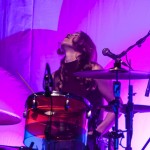 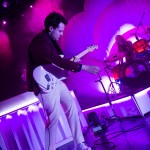 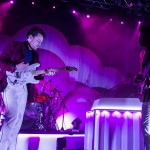 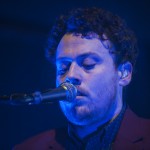 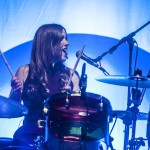 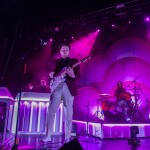 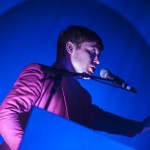