We all know who Goodnight Lenin are don’t we? Five talented brummie lads, who savour the sounds of the 60s and 70s, resonated through the likes of masters Bob Dylan and Neil Young. The band have kept a low profile since their sell-out gig at Birmingham Cathedral last December, so it was no surprise to see a courtyard full of fans ready to toast the bank holiday.

Throughout the set John Fell’s intricate guitar solos led the way to this quintet’s gentle blend of Americana with Liam Conway and Sam Berry’s rhythm beefing up the offering. Matt Sherlock’s calm and collected demeanour on bass is the epitome of cool. Stand-out tracks included Ode To The Rebellion and Slow Down, where we saw multi-instrumentalists John Joe McCreedy seamlessly shift from his funky keys over to a violin; churning it out epically, as the tune erupted to an explosion of sounds. For a band that is yet to release a debut album, Goodnight Lenin have done really well in developing this distinctive sound.

They modestly concluded without the pretence of an encore, revealing their Record Store Day release, a charming cover of Crosby, Stills, Nash & Young’s Helpless. Recorded at Highbury Studios, owing to the “the kindness of others,” the group offered a free download to all gig-goers. That reminds me… 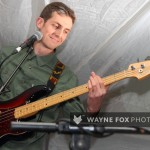 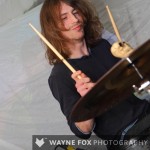 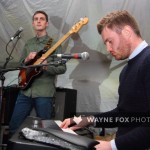 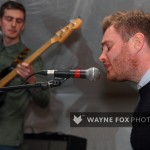 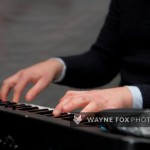 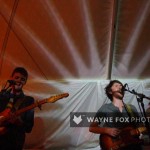 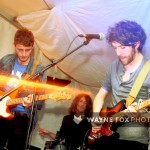