Cate Le Bon makes an arresting sight onstage, eyeliner, cheekbones and jutting jolts; idiosyncratic movements which match her haunting vocal and accompanying gothic instrumentation which at times veers wildly into beautifully crafted psych and at others sits wistfully beneath her, stripped back, beautiful.

Le Bon is joined onstage tonight not only by the exquisitely talented and deliciously jumpsuited Stephen Black (AKA Sweet Baboo) on bass, but also by boyfriend, exacting guitar-picker H. Hawkline. Even sharing the spotlight with such talent, she commands it – this is her thing.

The current UK jaunt sees the Gruff Rhys-championed songstress spoiled by her own abilities in picking a set from her three full-length records, 2009’s Me Oh My, 2012’s Cyrk and 2013’s Mug Museum. The latter naturally predominates the performance allowing the room a glimpse inside its perfectly balanced components; soft and straying from it, tightly measured and deliciously wandering, and the contemplations concerning her mortally maternal role (‘I know well this space I fill, I know the drill…I hold the baton’) aside the record’s quirky preoccupation with death. Dazzlingly sleepy-eyed I Can’t Help You and the beautiful folk mooch of Are You With Me Now drip with Le Bon’s exacting intonations, yet the oddball twists and turns of Wild and Sisters, offset by menacingly gothic keys, are just as alluring.

Cate Le Bon is more often than not paralleled to Nico. It isn’t hard to deduce why and from the second she walks onstage until the second she steps off it, she is completely and overwhelmingly captivating. A writer, a performer, an artist – in short she’s an inspiration. 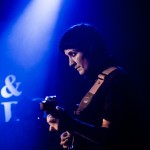 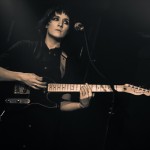 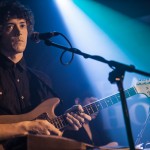 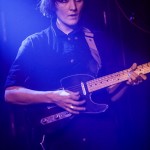 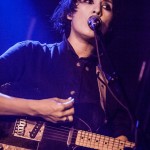 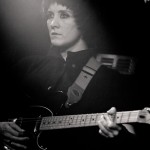 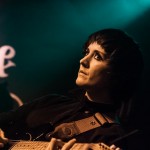 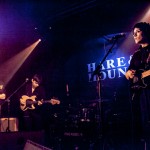 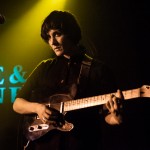