Brummie faves Peace will return to Glastonbury this year, with the first wave of acts now revealed for the world’s most famous music festival.

The third headliner to join Foo Fighters and Kanye West is still to be announced, but a host of big names have now been confirmed for the spectacle at Worthy Farm (June 24-28), including Florence & The Machine, Motörhead, The Chemical Brothers, Suede, Jamie T, Patti Smith, Super Furry Animals, Jungle and The Vaccines.

Also playing will be Death Cab for Cutie, Years & Years, Enter Shikari, Perfume Genius, Sharon Van Etten and Belle & Sebastian. See the poster below for the full line-up so far.
With more than 100 stages, plenty more acts are set to be named over the coming weeks, including that elusive Sunday night headliner.

Are you playing at Glastonbury or know any other West Midlands acts on the bill? Let us know in the comments below. 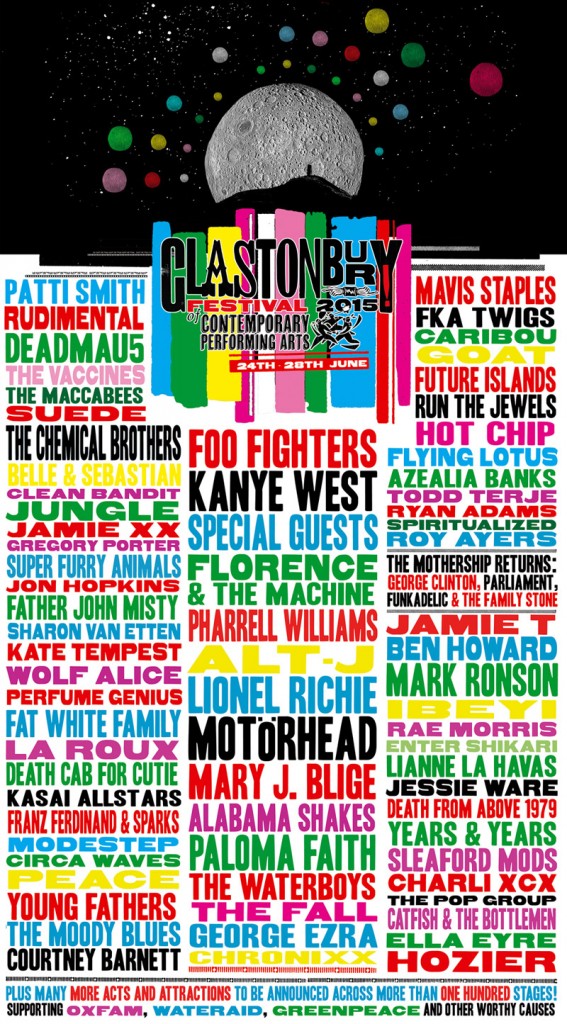