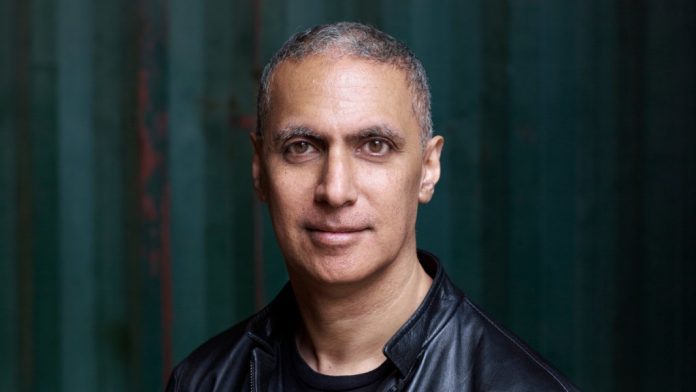 A key figure in the Asian Underground movement of the 1990s, Sahwney’s 1999 album Beyond Skin was his ‘break out’ release and was nominated for the Mercury Prize (alongside albums from Leftfield, Coldplay, Doves, Death In Vegas and winner Badly Drawn Boy). The album called on elements of dance/ club music and Asian music to explore themes of identity, borders, family, war, politics and more.

Sawhney went on to established a varied career as a producer, DJ, composer and solo artist, as well as writing soundtracks for TV, computer games and films (including Mowgli: Legend of the Jungle, and BBC’s Human Planet).

For his special appearance in Coventry, Sawhney’s primary focus will be that classic award nominated 1999 long-player.

“It’s basically Beyond Skin, which we perform in full,” he says of his plans for the set-list, “but other than that, I’ll go back, I’ll perform some flamenco tracks, stuff from other albums.”

But there won’t be any material from his growing soundtrack catalogue.

“I don’t perform any of the soundtrack stuff at the moment, I leave that for other things, because that’s not my personal statement, that’s me working with other people.”

Beyond Skin was very much a comment on the times, and Sawhney’s next album (provisionally slated for spring/summer 2020) will also respond to our current situation with an exploration of immigration – featuring input from, and collaborations with, artists and creatives from immigrant backgrounds.

Seeing how immigrants are often treated and referred to negatively, online and in the media especially, the musician is stunned that so few artists have failed to respond with songs of protest and dissent.

“I don’t see enough of a response to the madness that is going on right now,” he says. “I think it’s really strange when you don’t have a strong response from artists, to these crazy times we live in, so it’s really important.

“That’s why I want to make this new album with a lot of different people, and bring in a lot of young artists as well.”

From The Source continues across the weekend with appearances from Stubbleman (aka Pascal Gabriel), vocalist Judi Jackson, violinist Alice Zawadzki, and A Change Is Gonna Come – Carleen Anderson‘s exploration of songs of protest, which now features a line-up that includes Brum rapper Lady Sanity.

Below: Stubbleman – Badlands Train / From The Source

Below: Judi Jackson – Worth It / From The Source