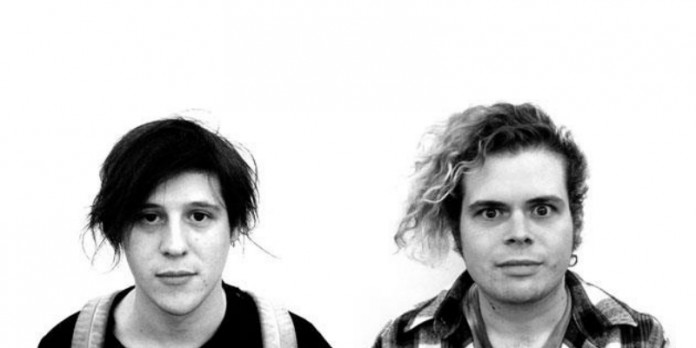 “Hey, we’re real drunk Wavves,’ hiccups Nathan Williams as he gauges his focus on his mic stand. He looks down at his guitar like it’s somehow just appeared on his body and turns to the rest of the band in a boozy fug as they bash into Sail to the Sun.

Despite the admitted drunkenness, Wavves are a sharp unit thanks mainly to the rigid ferocity of Brian Hill’s drumming. It’s relentlessly powerful, squeezing in fills that shouldn’t be physically possible at this speed, but he snaps the otherwise inebriated four-piece into shape.

After William’s very public Twitter spat with label Warner about the release of single Way Too Much, it’s not clear whether this show is actually in support of the new album V or not. Still, he introduces each tune from the record as “a new song” to which the throngs of moshers and crowdsurfers shout back the lyrics with hands clamped into horn signs. They may be relatively new, but fans hold them as dear to their heart as much as they do earlier stuff; the likes of King of The Beach or tonight’s bone-tingling version of Green Eyes.

In a recent interview Williams points to the significance of the artwork of V in terms of how featured ‘Five of Cups’ Tarot card reflects the themes of the album. DIY’s interpretation being that:

“A hooded figure stands surrounded by cups – three knocked over, and two standing – and they’re staring at the three fallen ones, signifiers of loss. In the background, there’s a fortress, which in tarot represents security at the cost of seclusion. Meanwhile, they’re totally ignoring two standing cups, a river, and a bridge leading safely to something new.”

Now, you’d be hard pressed to find much else as free and as fun as this gig but the above has more than a little added poignancy in the context of last Friday’s atrocity in Paris. The wider implications of how freedoms we can take for granted, such as merely going to hear and see live music where thought and emotions are expressed – this could potentially be curbed in the interests of security and will sit uneasy with many. But for now, Wavves will continue their European tour and play Paris on Sunday, where others have, unsurprisingly, cancelled shows.

Thank fuck we have bands like Wavves who are able to stick the Vs up to fear.