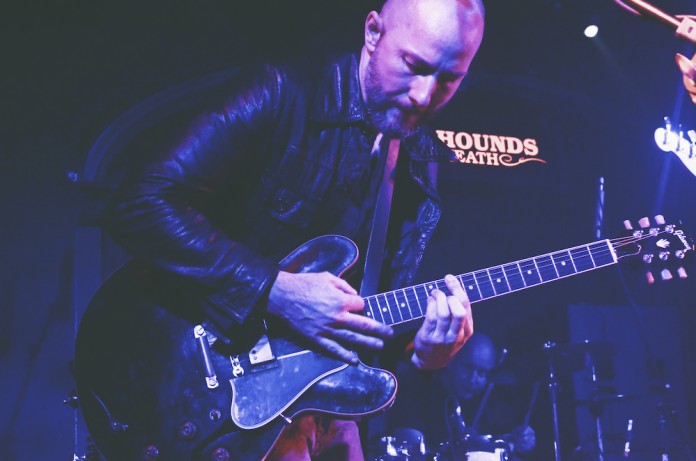 Record Store Day has been blessed with a premature summer blaze, and while most punters are outside, a toddler’s thwarted stage invasion marks the most anarchic response to the event’s launch. But Crawlin Hands start the showcase with a faultless amalgam of psych, blues and garage rock nonetheless. 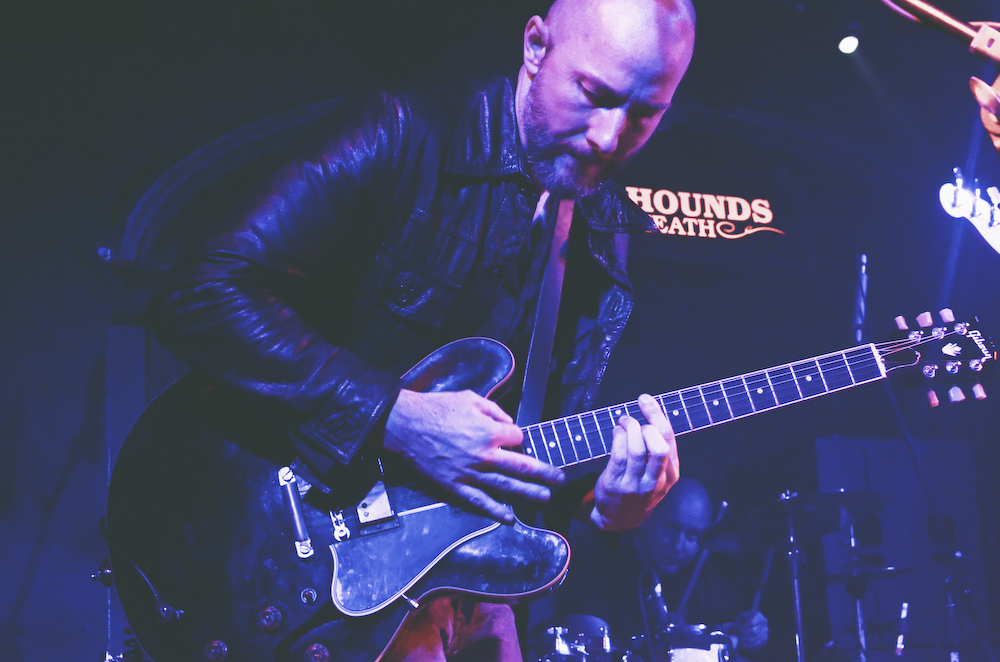 With a Hammond organ synth and five-foot bandana knotted to the frontman’s headstock, four-piece Holy’s shoegaze-funk, melty-psychedelia and shuffle-strut presence is more adept for the smoky darkness. But it’s not until homegrown three-piece Dong Fang take to the stage that things truly kick off. 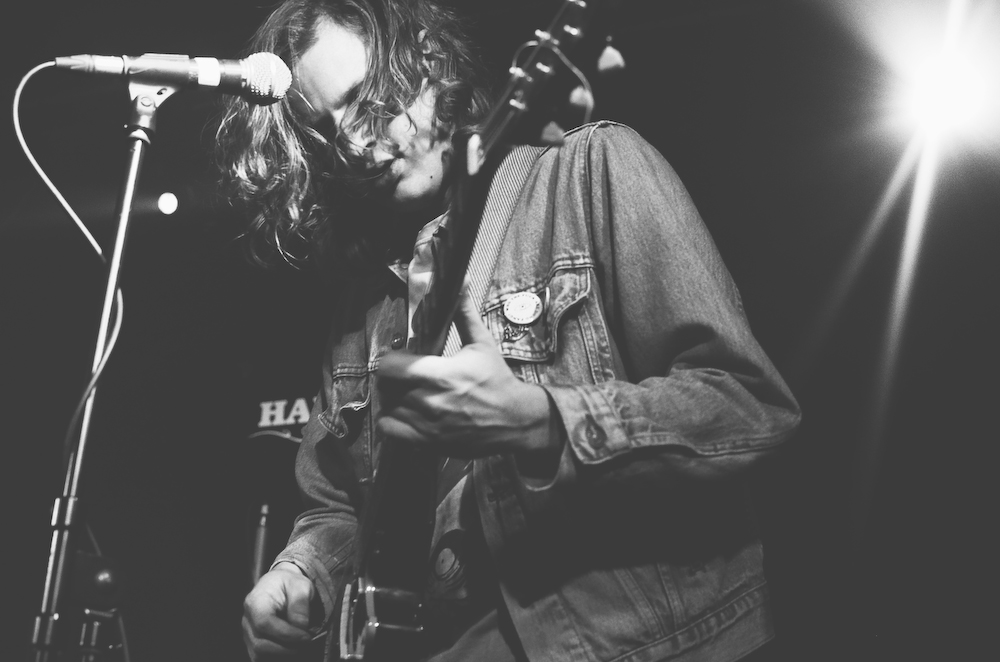 Frontman Thomas Hughes and lead player Joseph Gatsby butt heads soloing like some animalistic stand off. It’s all pentatonic delirium and every song’s stamped with at least one orgasmic breakdown. By that logic, their set induced multiple orgasms. They’re definitely a playground for anyone, but especially guitarists, to watch. 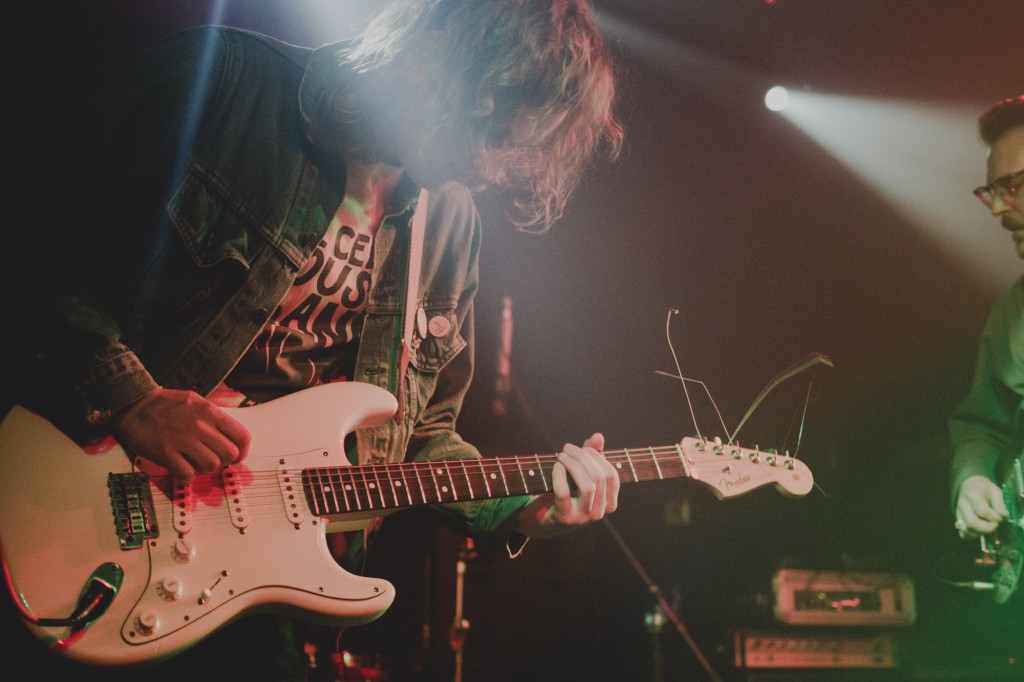 Taking rock‘n’roll back to its origins is Swampmeat Family Band, reeking of 50s nostalgia with lyrics about Cadillacs, girls name Suzi and a bloody huge double bass for a swingin’. They’re the tightest band so far, and the twist is introduced among the audience, rightly so. If it weren’t for the extremely Brummie accent of front man Dan Finnemore between songs, the Buddy Holly illusion would incredibly convincing. 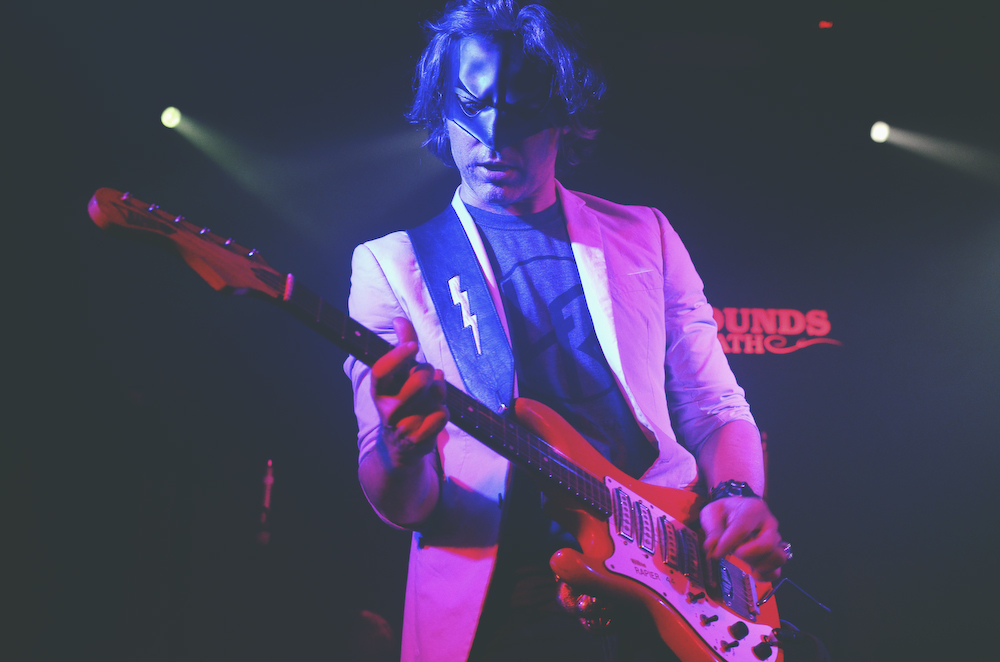 Initially vexing but ultimately awesome Black Mekon’s rock‘n’roll is a brutal twist from Swampmeat’s origin story, they’re industrial blues blasphemy, with distorted harmonica beatboxing, convulsive yelps and a guitar tone that sounds as if it’s emanating from a poorly tuned pirate radio station. They’re not only a curveball to the showcase, but to music in general. 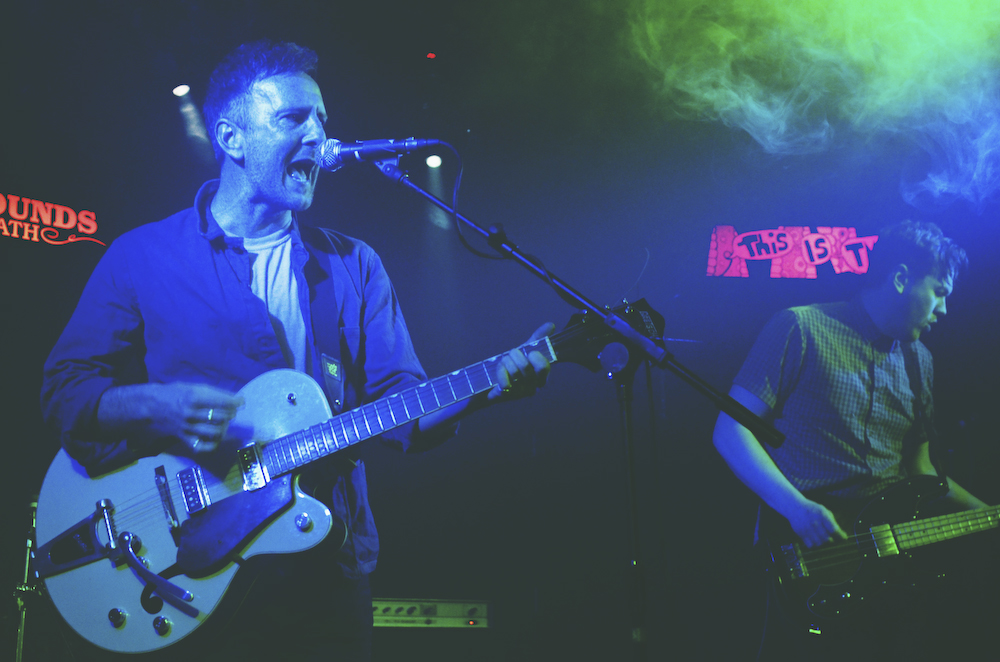 As the sun goes down the freaks emerge to The Castillians, one fan clutching a bottle of wine in one hand and a beer in the other, dancing glassy eyed. The Castillians reinforce the rock‘n’roll theme and definitely receive the most love – highly recommended. 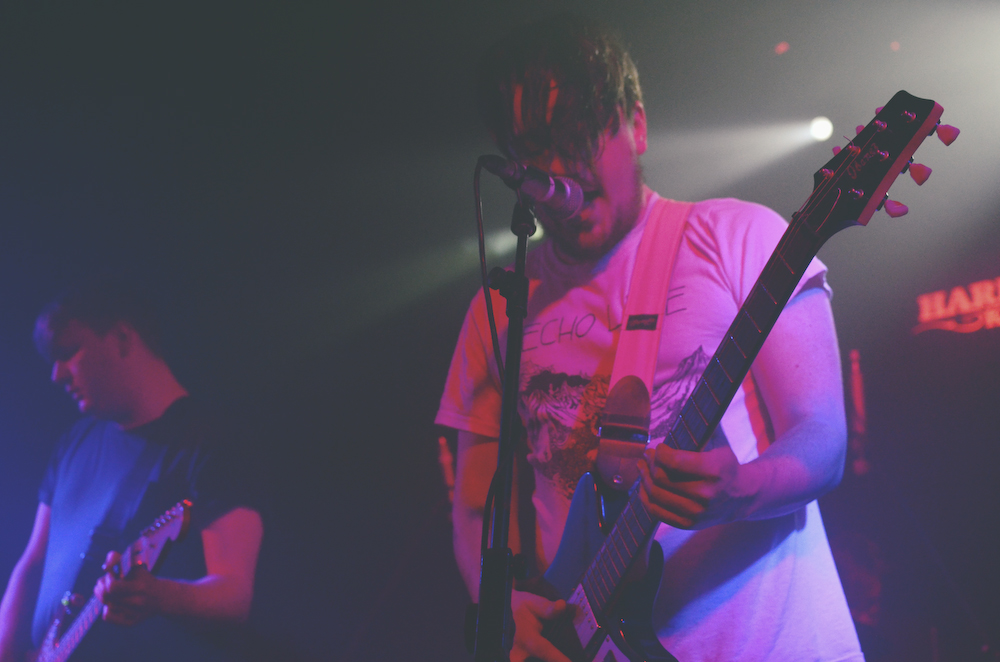 “I’m laserbeam, nice to meet you,” says Sunshine Frisbee Laserbeam guitarist Pete Dixon. Their quirks are matched by their amount of great songs, each one seems like a chant to the low rumble of Fender Jaguars, “in auto” is chanted 129 times throughout the track, for example. 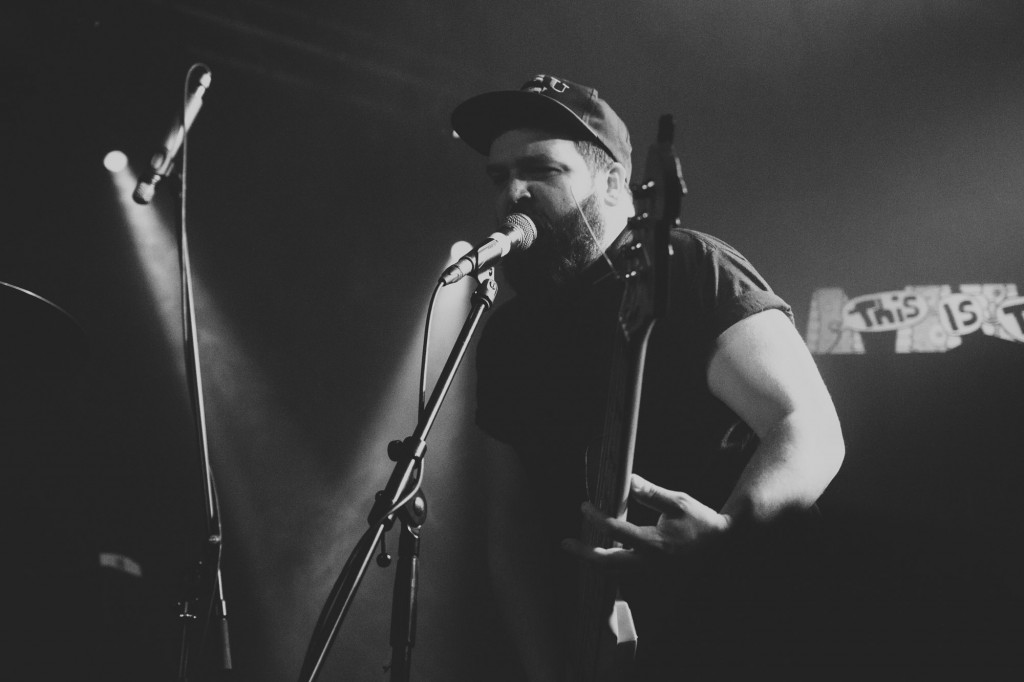 Eight hours (and pints) in, Them Wolves throw the rock‘n’roll motif to the, well, wolves and are so sonically-abrasive the set could feature in Guantanamo Bay’s ‘disco’ chamber. The tempo, aggression and volume overwhelms every atom. They truly deserve the title as Brum’s heaviest trio.

Photos by Sam Wood and Daisy Blecker (Them Wolves, Swampmeat)