Critics are often, well, critical, of energetic trio The Subways, frequently stating that their brand of teenage fire is just ‘variations on a theme.’ And sure enough, even though they’re hardly ever going to break out the bassoons, they certainly have a knack for creating jet-black, anthemic hooks that could manage to get a funeral moshing.

What’s just as infectious as the songs, though, is the Welwyn Garden City troupe’s enthusiasm; singer Billy Lunn is clearly buoyed by the bulging Birmingham crowd, and bassist Charlotte Cooper is a bundle of adorable energy. Their new self-titled album demonstrated that their Ash-inflected brio is undeterred, and they zip through the pounding My Heart is Pumping to a Brand New Beat and the breezy pop of Taking All the Blame with adolescent exuberance.

Mary has a Frank Turner-esque chiming riff that gets the already-frenzied faithful into overdrive, a buzz that only heightens when it bleeds into the bittersweet Alright. It’s the rougher-edged songs that make the floor rumble, though. Shake! Shake! invokes so much pushing you’d think the first few rows were queueing for a train, Girls and Boys’ molten motif gets heads banging and Kiss Kiss Bang Bang ensures that no one is left standing still.

Playing with such gusto and ferocity that the room resembles a Zumba class, the band clearly thrive off of every moment, the encore of With You and Oh Yeah invoking yet more carnage, before a decidedly apposite final song. “It’s a party, and you know it don’t get much better,” Billy yelps. You’re not wrong there. 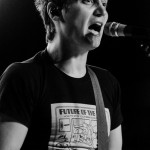 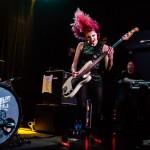 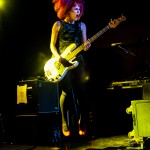 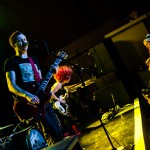 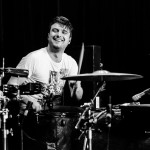