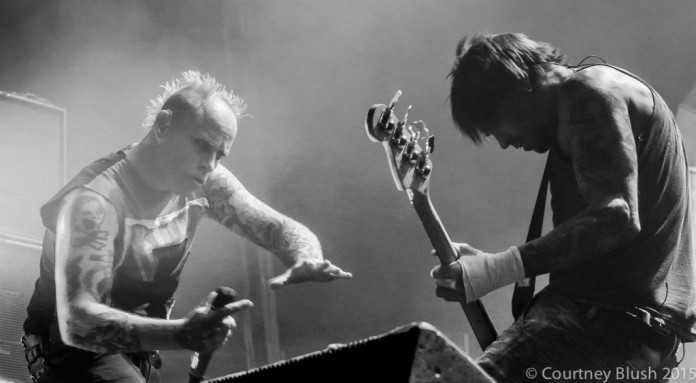 It’s impossible not to relish 10,000 people shouting “Yeeeaaahh booooiii!” at the request of Flavor Flav as he glides across stage on a segway hoverboard at a hilariously moderate speed. It’s bloody ridiculous. But as much as Flavor Flav has always been a vexing comical enigma, Chuck D is still the same eloquent and politically minded badass MC he was in 1982.

They launch their set with 1987 classic Muizi Weighs A Ton, and the S1Ws – the two dudes in camo attire (formerly the band’s personal security born of The Black Panthers) start their synchronized and militarized steps, making the arena’s pot-bellied security look incredibly uncool. Key tracks include Bring The Noize, Don’t Believe The Hype, 911 Is A Joke, Rebel Without A Pause and Fight The Power. These anthems contain that radical pro-black rhetoric responsible for their fame. New tracks Man Plans God Laughs and Lost In Space Music still have this awesome message at their core, but they’re not nearly as vehement – they are not Anti Nigger Machine.

They are, however, still unbearable to at least one middle aged white woman who turns to her husband pretending to hang herself mid set. Jeez, just you wait till The Prodigy, lady. Just…you…wait. Big respect to Flavor Flav for holding a moments’ silence for those who died in Paris and speaking out against racism. Public Enemy ended the only way they should have, with thousands of fists in the air all in the name of solidarity, humanity and compassion.

The Prodigy could conquer alien planets with shows like this, if we let them. Their lighting rig resembles a belligerent mothership and the arena has become a war zone. “Where are all my warriors, my people, my fighters?” screams MC Maxim repeatedly as they lead into Breathe, Nasty, Firestarter, The Day Is My Enemy, Voodoo People, Run With The Wolves and Invaders Must Die, to name a few.

Almost every Prodigy song is a classic recognisable within a split second and causes madness in otherwise sane people. They are themselves a stimulant, but they’re also playing to people who are no doubt gurning to hell and back. But what’s most incredible is that you can travel from mosh pit to mosh pit across the arena, there’s at least ten happening at any given moment. You become a tourist, travelling through seas of less hostile ravers, who hug you as you go. This is a strange reality.

After a near-incapacitating 15 song set ending on Smack My Bitch Up, recovering moments are fleeting as guest Sleaford Mods frontman Jason Williamson signals an awesome five tune encore, starting with their collaborative track Ibiza. The song, dismissed by many music nerds online as one of Prodigy’s weakest tracks isn’t dismissed here one iota. Don’t let overly sceptic music journalists lie to you.

During the incredibly apt show closer Take Me To The Hospital a final mosh pit is set with 100 or so people standing on the periphery, anticipating the drop. On the opposite side stand a topless man, half-rhinoceros half-demon-spawn-of-Schwarzenegger. He’s bucking his feet, spitting on the floor and pointing in our direction. He’s looks as though he eats Stella cans. Well, that’s it, we’re all going to die, aren’t we? It’s been amazing – life, The Prodigy, gigs, music. We may aswell charge blindly towards our death, towards this steaming bag of testosterone. Foolhardy moshers unite! 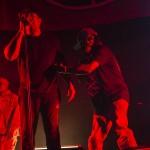 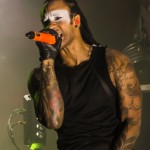 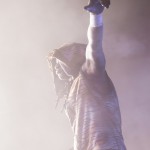 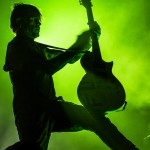 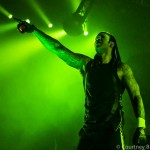 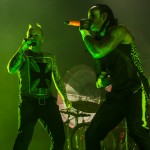 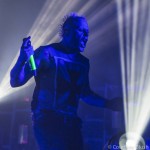 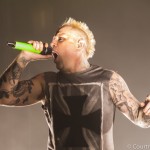