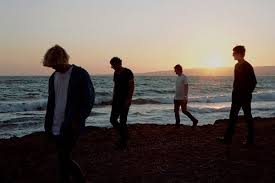 Friday the 13th is usually a grim day for the superstitious. You can forgive Tim Burgess and co for forgetting the connotations, though. After all, they’ve had enough tragedy and bad luck to last a lifetime. Therefore, in a strange way, it seems fitting that they spend the night in their spiritual region.

Their recent album Modern Nature was their first since the passing of drummer Jon Brookes, and showed a group still restless in creative spirit. So Oh glides along on Martin Blunt’s propulsive bass and has the feeling of a long, hot summer night, whilst Talking in Tones and Come Home Baby are built around Burgess’ distinctive vocal hooks.

Throughout, Burgess is a witty, energetic host, enjoying plenty of banter with the band and audience, even pilfering a photographer’s camera to take a snap of the bulging Wolverhampton crowd. He also knows how to give the fans what they want songwise too – Weirdo and its goosebump-inducing organ motif swells the room, whilst the Britpop riffery of North Country Boy, the thrilling pianos of One to Another and their all-time classic single Just When You’re Thinkin’ Things Over are all dispatched with the quality you’d expect from such an experienced outfit.

Oh! Vanity and its surging, stomping coda shows that their 21st century output can compete with their glory days, but what the fans really appreciate is standard set closer, the epic Sproston Green.

As ever, The Charlatans show just why they’ve remained relevant whilst their peers have dwindled. Snatching victory from the jaws of tragedy, yet again.