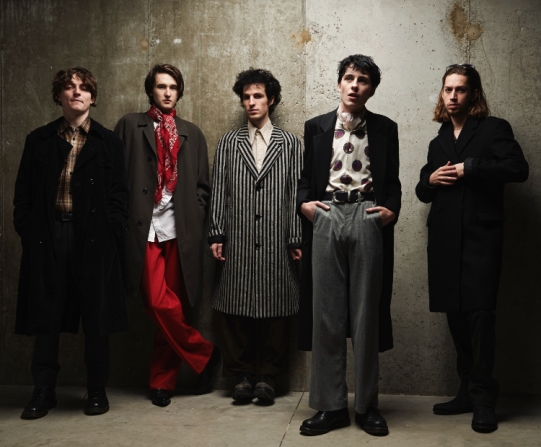 In 2013, Swim Deep’s debut album asked the question, ‘where the Heaven are we?’ Cut to 2015 and where are they now? Why, headlining a rammed-to-the-rafters hometown gig, as part of a three date run that also takes in the major cities of London and Manchester, of course. The Birmingham breakout band may have had their heads firmly in the clouds on their first record, but tonight proves that they have pushed through the said clouds of flower-power fop-pop with which they first arrived and have well and truly found their groove.

Throughout each song, it seems that frontman Austin Williams can’t contain his excitement at being back playing to the people of his native city. “There’s something in the water, Birmingham”, he exclaims at various points between songs old and new. Williams manages to whip up the gaggle of youngsters that make up at least 80% of tonight’s audience by having just as much fun as them, so much so that he often forgets to sing his own songs properly. Material from the band’s forthcoming second album shines the brightest, ushering in wonky grooves, distorted bass and big beats. On these songs, they operate in a more playful musical space and, at one point, a synth line comes in that sounds almost exactly like a kazoo.

The crowd respond to the older material with welcoming wails reserved for the likes of Honey and King City but this abundance of energy often results in various audience members crowd-surfing to the sound of silence between songs. The airing of comeback single To My Brother sees the local likely lads bring the night to a giddy end.