Tonight is the Steady Hands jungle party with bands chosen by the ‘junk pop’ Birmingham five-piece, and it’s all that is right with the music scene in Birmingham right now. Bringing together the disparate and eclectic nature of varying local scenes, it celebrates the diversity of style, genre and aesthetics in a way that unifies and embraces it.

Stepping into The Sun At The Station in Kings Heath for this show is reminiscent of entering the fifth birthday party of a kid you kind of knew at school: it’s been decorated to a theme (in this case, obviously, the jungle); there’s face painting in the corner, and the parents are sat around the bar, drinking and not paying much attention to what the kids are doing…

The band first up are Mason Dixon, a bluegrass/country act interested in that good, 100% American, ‘Old Timey’ music. Their set is filled with crisp vocal harmonies accompanied by a very warm and welcoming atmosphere; it seems as though they’re having just as much fun onstage as the audience who are suppressing their urge to start line dancing! A couple of the tunes are from the soundtrack of the Coen Brothers cult classic O Brother, Where Art Thou? and their jokey sense of authenticity really brings to life the confident musicianship of the players which is balanced well with the melancholy in the set.

After Mason Dixon, the second act of the evening sets up. Billed as ‘David Langley’ (from folk pop five-piece Midnight Bonfires) and featuring other local musicians, tonight the collective seems somewhat drowned out by the atmosphere of the event which, to be fair, is incredibly raucous. Perhaps it’s the upbeat tempo of the previous act which undermines the subtleties of the group’s sonic miniatures but they just miss the mark tonight.

Birmingham/Amsterdam-based composer Luke Deane is up next and enters wearing a frog mask and a Jacobean-style shirt, blasting Vivaldi juxtaposed against violent bursts of disturbing sub-bass. The frog goes on to play his instrument, a pot-plant wired up to release beautifully simple pitched sine waves, with slow and considered movement whilst the audience are unsure whether they’re in a pub in Kings Heath or hidden away in the poetics of a Murakami novel. It provokes a sense that the traditional concert needs way more of the unexplained…

STEADY HANDS, STEADY HANDS, STEADY HANDS…people would chant if this band got the attention that they deserve. Featuring synths, guitars, banjo, oboe, violin, double bass and occasionally a scrap metal drum kit, and fronted by the headdress-wearing, peacock-feather-toting singer/songwriter Josh Herring, this is alternative pop at its quirkiest. Promoting their latest album Hunter/Gatherer, they play an outstanding set ranging from the eerily sublime The Erl-King to the now classic crowd-pleaser The Librarian and even throw in a cheeky head-banging rendition of the amazing Company Of Wolves. It’s difficult to decide which is more colourful: their outfits or the music they’re making. What’s clear is that Steady Hands can tell musical stories like no one else. The somewhat clumsy orchestration compliments the wondrous melodies which all work to highlight the well-crafted and often enchanting lyrics sung by Herring. They really manage to shape the event into an unforgettable, high energy, and weirdly wonderful experience. 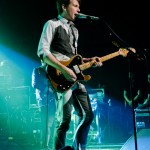 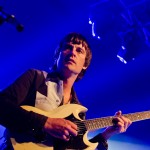 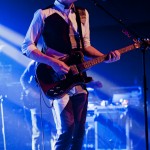 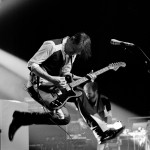 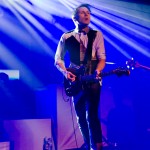 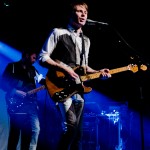 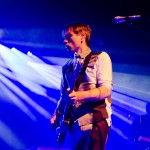 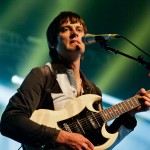 The Presents nights continue this month with DJs Sam Redmore, John Napier, Sticky Joe and Shogun and live art from Lisk Bot. Keep your eye on their Facebook Page for details.