“This one’s for Geoff,” says frontman Sam Baylis, before the five-piece burst into the Caribbean dancehall funk of Gold, Women & Wine on which guitarist Geoff Foulkes would usually have taken over the vocals. It’s affecting not to see Foulkes, who is currently undergoing cancer treatment as announced via the band’s Facebook, in his position left of stage. In his absence, guitarist Tom Gregory’s brother (and Midnight Bonfires guitarist) Simon, fills in impeccably with the addition of a good dose of tambourine – it’s as touching to see the brothers interact on stage together as it is to hear the amount of love in the room for Geoff.

The band begin with the opener from debut album The Grace, Trees, before blending into My Love and Layou and the synth-led celebration of Clouds, Baylis a magnetic, maraca-wielding figure leading his troupe of tropical dub players. An extended instrumental which provokes a full-blown percussion party makes way for Kingdom, The Sun and The Grace before the band leave a room full to bursting with love and bank holiday party-goers who continue the merrymaking until the early hours.

A beautiful testament to positivity and a living embodiment of the love which seeps from their album’s every pore. 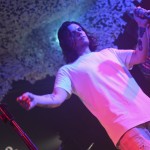 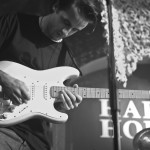 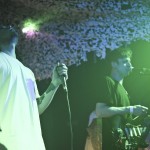 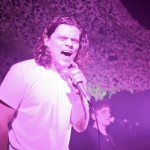 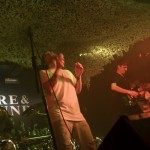 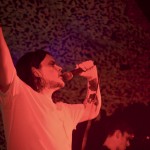