One’s a boy with lots of amps and a throat like it’s on fire and the other’s a girl with unrivalled stamina and no drum stool. Yeah, it’s Table Scraps, who tonight race through their set at breakneck speed. There’s no excess in their music, never anything wasted; it’s unadulterated and direct. Early songs like the doomy Sinking Ship foreground their newer material plus the catchy Electricity, in which a killer guitar line makes way for heavier, doubled up vintage distortion. Blink and you’ve missed it.

The air in The Sunflower Lounge becomes seemingly denser as The Amazing Snakeheads make their way to the stage; the atmosphere in the room becomes a little more stifling. Launching into I’m A Vampire, the opening track from their debut album, Amphetamine Ballads [Domino, 2014], frontman Dale Barclay scans the room with a glazed expression; bearing gritted teeth and a grimaced look he’s clearly sizing up the crowd. His caustic, biting vocal delivery feels completely unpredictable as he fuses wry charm with pure anger.

Their set contrasts moments of stark, sombre tenderness with clashes of wild intensity, as though the band are battling to destroy their own music. This duality is encapsulated in their latest single, Here it Comes Again, a three-and-a-half minute rebuke which features Billy Strange tremolo guitars and minimal eponymous lyrics before breaking down into a frantic tirade of guitar, bass, and drums.

An undeniable lineage from the dark, edgy sounds of The Birthday Party, Gallon Drunk, and Big Black marks the arrival of The Amazing Snakeheads, yet there’s an arresting sense of immediacy pervading tonight’s show. There’s no enigma here; it’s simply open and brutal. 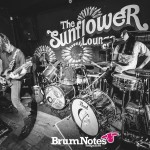 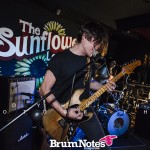 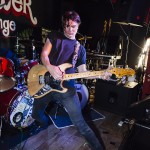 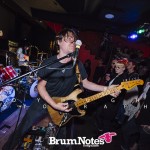 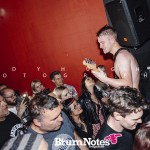 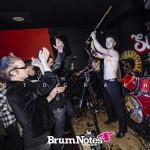 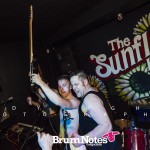 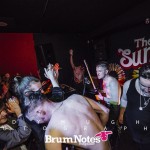 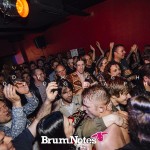