Teleman like to celebrate their birthdays in Birmingham. Last time they played here vocalist Tom Sanders was the birthday boy; this time around it’s the turn of his brother and synth player, Jonny Sanders, to celebrate his big day.

Teleman are formed of three founding members of Pete & The Pirates. Their new outfit, aside from being a little more credible, is much more interesting to watch and sonically much more impressive. Following the tradition of bolstering live instrumentation with synth and mechanics (AKA Django Django, Alt-j), there’s a lot more going on here than meets the eye, but Teleman aren’t so electro – the description which seems to follow them about, ‘Robert Wyatt meets Pet Shop Boys meets Velvet Underground’, is confusing but also somehow apt – there’s Brian Wilson bass in there too.

The set is a little slow to start with but perks up, along with the crowd, at Cristina, the first song the band ever released. ‘ She makes me go across town / she makes me to lie down’ may not be hugely grammatically accurate but it sure is catchy. The beautifully Beatles Lady Low follows, along with Not In Control and Stream Train Girl until band and room chug along nicely together.

Teleman’s inherent talent lies in their knowing when to use layers of reverb and when to avoid the temptation to hide beneath it. They’re sparse but not simplistic. Made up largely of material from their forthcoming Bernard Butler-produced debut album, Breakfast (released June 2), they tantalise the tastebuds thrillingly for what’s to come. 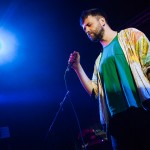 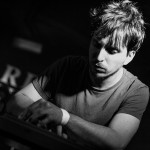 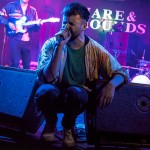 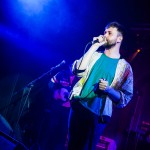 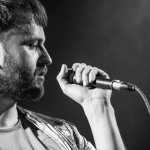 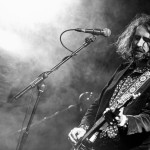 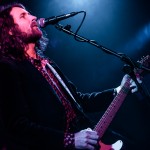 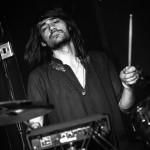 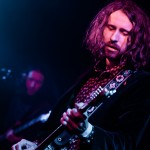 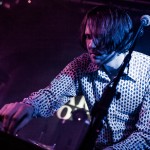