A Johnny Foreigner homecoming show is always something to, well, write home about.  With The Flapper stage suitabley warmed by a raft of strong support in the guise of Uncle Luc, Noyo Mathis and Playlounge, JoFo announce themselves with their opening soliloquy, You Can Do Better.

With the addition of guitarist Lewes Herriot, the crowd get a taste of reworked classics alongside tracks from their first album as a four-piece. Now theirs is a fleshed out sound, bigger and improved for core and new fans alike.

JoFo careen into Le Sigh, showcasing the versatility and harmonies their boy/girl lead of Alexei Berrow and Kelly Southern are famous for, the lyrics tailor-made for a Birmingham show; “This one goes out to the kids in Snobs still,” comes the introduction.

Drummer and  chief ‘noise-maker’ Junior Laidley, adds the fourth and fifth dimensions respectively, driving the band from the back with his drums whilst his synths lend authenticity – what you get on the CD, you get at the live show, and then some.

The anthemic Shipping has the audience dancing, with the call and response of Sofacore carried by the crowd, in fact everyone seems to know all of the lyrics.

Fan-favourite, Salt, Pepper & Spinderella serves as a great marker to show the transition and growth of the band.  The piano ballad, a capella, gin toting, off-stage-walk-about sign off of Johnny Foreigner Vs You, completes the advent, with the crowd left assured that for JoFo, there’s no place like home. 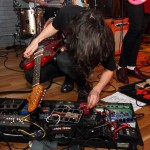 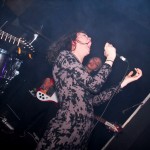 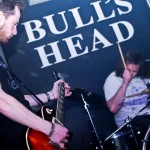 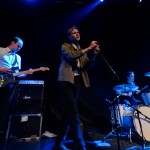 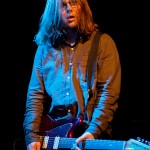 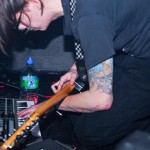 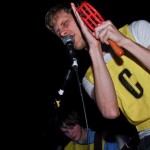