Being an adult is hard. Post-university, when lie-ins are a rare treat and idleness no longer an option, becoming a citizen in that once far-away land known as the real world can be disillusioning. It’s comforting then that Courtney Barnett is fast making a career out of committing this sort of slacker lifestyle to record.

The main attraction, Courtney, despite only emerging in 2012, already plays with the confidence of a veteran, dazzling the crowd with her idiosyncratic blend of freewheeling surrealism and grungy guitar lines. It’s a tonal disparity summed up in the schizophrenic tempo of Are You Looking After Yourself.

In the studio, her songs are embellished by drum loops and twinkling piano keys but tonight production nuances are scrapped and the likes of Out Of The Woodwork and Scotty Says swap melody for grit as guitar strings are mercilessly pummelled and aggressively introduced to the grill of the amplifier.

Blessed with such glorious anarchy, the audience choose to reserve their biggest reactions for Avant Gardener and History Eraser. In Dylan-esque detail, horticultural misadventure and trippy dreams are recounted, coaxing noticeable pools of laughter from the room. Ever-amiable, Courtney wears an infectious grin throughout the twin assault, pulling gritty solos out of the air and inciting some rather snazzy hip-swinging.

As her raucous and agonisingly short set concludes, Courtney’s compelled back onstage for an impromptu encore. Genuinely touched by the crowd’s response, she remains blissfully unaware of just how quickly her star is rising. She’s just played a sold-out show having not yet released a proper album. Not bad going for a self-confessed layabout. 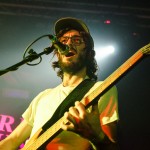 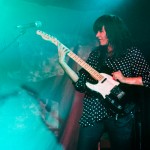 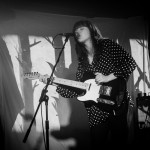 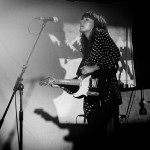 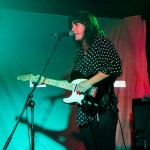