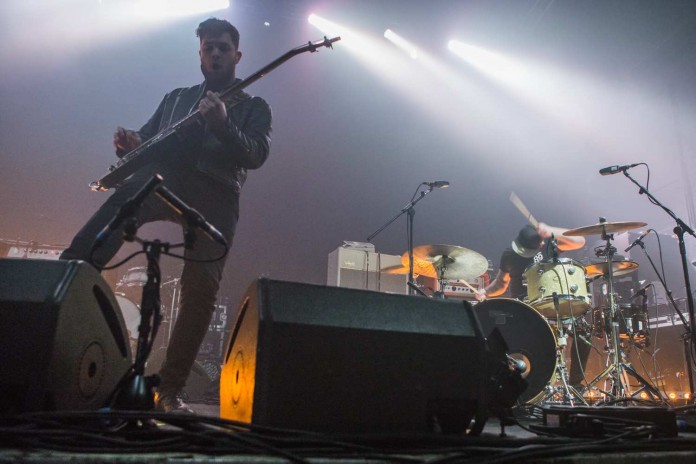 The NME Awards Tour is famed for bringing through some of the best up and coming acts and this year’s proved no different – but there was a sting in the tail.

The coveted opening spot, last year taken with both hands by Birmingham’s own Peace, was this year handed to Circa Waves who by all means also look set for big things.

Despite only having a small crowd to play to they seemed to get them going ready for what came next. If Circa Waves were throwing the ball up in the air for the coming acts then Royal Blood smashed it out of the ground.

The duo are drum and bass as you have never heard it before. Soulful, funky, and with tunes to boot. These guys seem like the real deal. Oh, and they are very loud. Despite lead singer Mike Kerr confusing Birmingham with Nottingham, he got the crowd back on his side with his cool moves and thumping riffs, with Little Monster proving a hit. 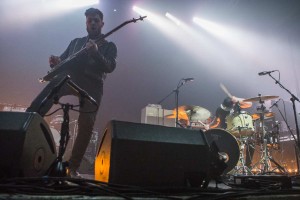 Next up were Temples, recently bigged up by Johnny Marr and Noel Gallagher. No pressure guys. Fortunately they handled it well, but that is mainly down to the fact that they have some great tunes. Keep in the Dark was unfurled from their mesmeric arsenal, before they closed with the tuneful Shelter Song, to what was now a fairly decent crowd at The Institute. 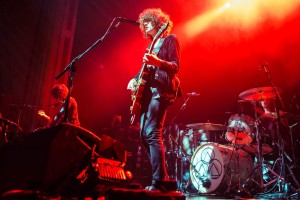 But the crowd swelled significantly for the sting in the tail. For a tour so popular for bringing newcomers to light, the final band were the now-legendary Interpol. An unknown quantity for some for the tour, they didn’t disappoint the fans who had turned out to see them on a rare visit across the pond.

All the classics were in the set, as well as a few new tunes, which went down fairly well. But the highlights, as expected, were the stunning C’Mere, Slow Hands and PDA. They closed with Stella Was A Diver And She Was Always Down, which was just as pertinent now as it was when it was first released in 2002.

Not what you would expect from an NME Awards Tour, but very, very good. 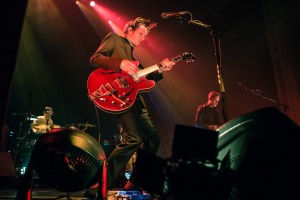