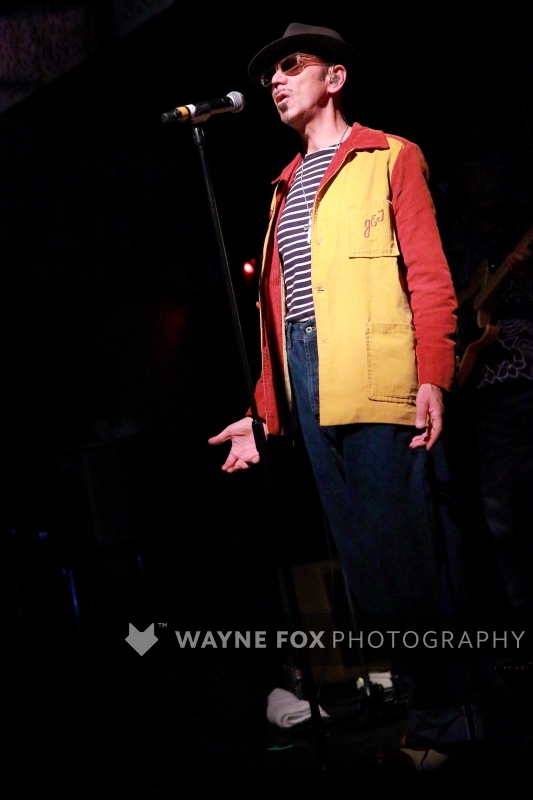 From the streets to the stars, then back to the streets again. The rise and fall of Dexys and their mercurial marmite vocalist Kevin Rowland was pretty spectacular (he ended up broke, addicted to cocaine and homeless). All of which make tonight’s gig pretty remarkable. It’s a set of two halves with the first being given over to tracks from 2012’s comeback album One Day I’m Going To Soar, an often painfully raw confessional in which Rowland opens up his heart and soul. He’s clearly in a much better place these days and tonight’s gig is liberally injected with humour and theatricality, aided and abetted by original Dexys member Pete Williams and none other than ex-Bananarama/Shakespeare’s Sister vocalist Siobhan Fahey. Pleasingly much of the new material carries DNA from Dexys’ previous incarnations with brass (courtesy of ‘Big’ Jim Paterson) and strings accompanying Rowland’s (new) soul searching. Side two sees new life breathed into old hits with a wonderfully extended There, There My Dear (in both its 1982 and 1980 guises) together with a surprisingly effective and totally reinvented Latino version of the band’s first number one, Geno. A mass sing-a-long to Christmas party favourite Come On Eileen and the band’s magnificent (but much maligned at the time) opus This Is What She’s Like caps off a triumphant return to a city they last played over 30 years ago. Quite possibly the best comeback since Lazarus.