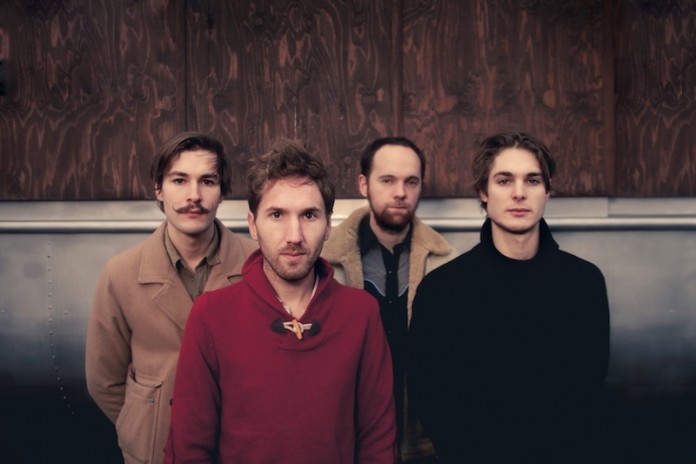 Hot on the heels of full-length LP Tales From Terra Firma, Oxford’s Stornoway return with six-track mini-album You Don’t Know Anything, their second major release of the year. They describe it as representing “extremes” of their “songwriting and arranging spectrum”, and while it’s true to say the tracks certainly sit outside of Terra Firma’s boundaries, the two releases are indelibly linked.

“Terra Firma took two-and-a-half…almost three years I guess,” recalls bassist Oli Steadman of the long process of fashioning a follow-up to 2010’s Beachcomber’s Windowsill. “We self-produced the record, did it all ourselves – we actually did it at my home, in the garage. We put egg boxes and carpet on the walls, to soundproof it. We took all the label advance. We didn’t spend it on a producer or anyone else, we spent it all on tea and biscuits, which lasted us for two-and-a-half years. We survived on this tiny subsistence so we could do everything ourselves.”

When the tea and biscuits ran out, Oli, brother Rob, Brian Briggs and Jonathan Ouin found themselves with a surplus of material.

“We did 20 songs but you can’t put 20 songs on one album, nobody does that anymore, so we wanted to put 10 to 11 songs on Terra Firma, which left us with a load we couldn’t put out. They didn’t fit the mood. Terra Firma is this dark, personal album, very emotional, but these [remaining] tracks were more…experimental, quite exuberant. So we decided to put them out as this EP/mini-album – You Don’t Know Anything. They were all the loose ends, they didn’t suit Terra Firma’s dark mood.”

Featuring co-writes and tracks influenced by such acts as The Flaming Lips, Ray Charles, The Specials, Tom Waits, Beck, Teenage Fanclub, Gorillaz and Juluka, the decision as to what was left for You Don’t Know Anything was relatively straightforward.

“Everyone in the band knew Terra Firma had to be cohesive, it almost tells this story about discovery, who we are as human beings. So that shaped the selection.”

It features an established live fave in When You Touch Down From Outer Space, but Oli’s personal favourite from the forthcoming mini-album is Tumbling Bay.

“It was the most collaboratively written track,” he says. “On the record there’s actual sounds I made on my laptop in my bedroom. Jon presented me with these chords and lyrics and I recorded this percussive loop guitar thing, which you can still hear when the instruments come in. So sounds I made in 2010 in my bedroom made it through the writing, made it through the demo, and made it onto the record. It’s a good song, it takes me back to those memories of making those loops. It’s a strange song harmonically…it’s a lot of fun. It’s a bit of a rock-up too.”

That ‘rock-up’ comes with the help of a vintage effects pedal once owned by the legendary 60s session player and Led Zep guitar god, Jimmy Page.

“That’s down to Anthony, who runs Macari’s in [London’s] Denmark Street. We bumped into him at a festival and he said, ‘if you ever want to borrow any gear, just let me know’. When we went into the shop, there were these very rare, very experimental pedals sitting around waiting to be repaired, and Anthony said we could just borrow them for a bit. Just having them influenced the melody and tune, to hear that bit of equipment that has had that role in music…it’s so special. Spooky!”

As the band head out on a 13-date UK tour, which is also accompanied by the release of Terra Firma standout track Farewell Appalachia, Oli explains that they are already working on their next album.

“We’ll be doing super brand new stuff [on tour], maybe one or two songs per night, alongside the other ‘new’ stuff. We want to test the water a bit in front of an audience, see how they go down, and use that feedback to work on the songs. We want to be sure about the music before we record.”

And the new album could be out in less than a year.

“We might try a different approach, not get as tied up in the details as we’ve done in the past, maybe try location recording, take more of a gamble…we have about 20 new ones now that we’re jamming around to see what works best and we’ll begin recording those perhaps by the end of the year.”

Stornoway are live at The Institute, Birmingham on November 24, with support from Goodnight Lenin. Mini-album You Don’t Know Anything is out now, followed by new single Farewell Appalachia on November 25. 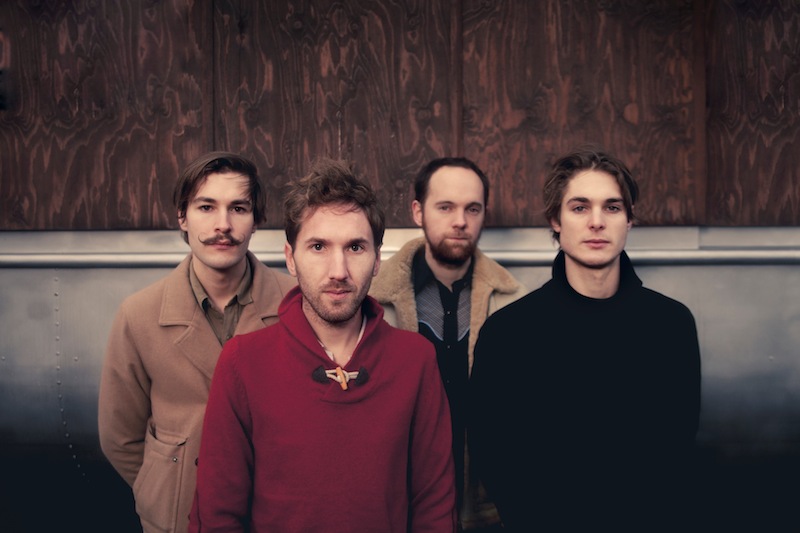