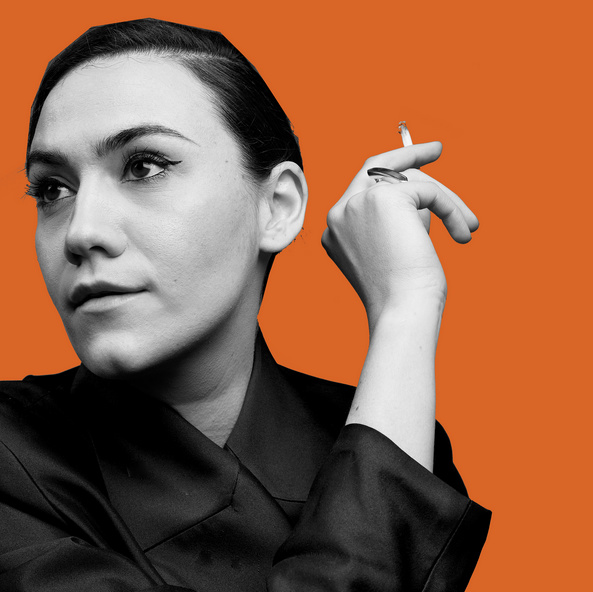 Her first gig saw her pull in a crowd bigger than a then-unknown Ed Sheeran. Nadine Shah recalls her live debut and love of 90s divas. “There is a part of me that wants to do a RnB record,” she tells David Vincent…

As far as debut gigs go, playing with Ed Sheeran at Manchester’s buzzing In The City bash must take some beating. But as Nadine Shah confesses, the show was memorable for several reasons.

“It was a really odd one as it was predominantly an industry thing,” she recalls of the rammed 2009 show at Electric Boogaloo. “My mother, father and brother came along and they still couldn’t believe I could actually play piano and sing at the same time. I remember I didn’t have a piano so my dad had to buy this digital keyboard on the day, which he was not pleased about, at all. I still have it now though, so it’s been a good investment.

“I went on before Ed Sheeran and the place was packed, there must have been a bit of a buzz,” continues the singer-songwriter. “Then Ed went on and the place was dead! I coaxed my family into staying and standing at the front to cheer for him. When he came off stage I said to him, ‘Oh love, I’m sure one day you’ll be playing stadiums.’

“I unknowingly predicted the future,” she laughs. “I’ve not seen him since…he’s quite difficult to get in touch with nowadays.”

It was around the same time that Nadine began working with famed producer Ben Hillier (Depeche Mode, Elbow, Doves, Blur), who’d encouraged her to grab all opportunities.

“I hadn’t played any shows ever, but I’d uploaded a really embarrassing video to YouTube of me playing and Ben had seen it and he trusted me on the basis of that… idiot,” she laughs. “Ben advised me to play as many shows as possible.”

She says she’s now used to being “thrown in at the deep end” having opened for Shakespears Sister solo, Bat For Lashes and even stadium-fillers Depeche Mode.

“Their fans were very kind to us, but it was really weird to go on before one of the biggest bands in the world and one of my favourite bands of all time, and then be playing table football with them afterwards.”

Hailing from South Tyneside, but now based in London, Nadine’s first musical obsession was aged seven-to-nine when she discovered Whitney and Mariah Carey. “Ok, they’re not particularly the coolest of artists but singing along with those artists is better than any vocal training,” she says. From there, she discovered gospel and jazz, before heading to art school. Encouraged to incorporate music into her art practice (“My paintings were a bit rubbish so that was a good idea…”), she soon embraced Scott Walker and Diamanda Galás, laying the musical foundations for her debut album (and her first collaboration with Hillier), 2013’s Love Your Dum And Mad, and now Fast Food.

“The main difference between this new album and the first one is that this one is more guitar driven,” she says of the 10-tracker, which includes the radio favourite Stealing Cars. “On the first album every song I wrote on piano with vocal and just recorded them using Garageband. With this one, I was messing around with an acoustic guitar, I’m nowhere near competent, but it’s ok and I can play a bit of guitar live, though I want to concentrate more on my vocals.”

Described as “a coming of age album, of sorts” and exploring the mature relationships, Fast Food was written and recorded quickly, and is very much a snapshot of Nadine now, unlike its predecessor, which took several years to pull together. “I was frustrated with my first album as it wasn’t a clear representation of where I was by the time it came out.”

Keen to continue working quickly, the next album is already taking shape.

“I’m doing a lot of writing at the moment, I’m pretty confident that I’m halfway through writing my third album, and I want to keep working on it during my downtime and record them with Ben later this year,” she says. “I also have some side projects happening and lots of live stuff.”

Asked to elaborate on the side projects, she adds: “It’s frustrating but I can’t say. One, I’m really excited about…possibly involving one of my favourite musicians, but we’re just at the early stages of swapping ideas back and forth. Argh!”

She cites Scott Walker’s The Electrician, a truly strange single from The Walker Brothers 1978 album Nite Flights, as a reference point. “But I have so many different things I want to do. Maybe release things under a band name, another name, though I wouldn’t disregard ‘Nadine Shah’ stuff, but I feel that I have an itch that needs to be itched. I want to do something different.”

“There is a part of me that wants to do a RnB record,” she giggles. “In my own project, the lyrics are very literal, but I’d like to do something that’s more abstract. I’ve been listening to Scott Walker and that album with Sunn O))) – that’s some of the most melodic stuff he’s done in years. It’s great, great, these stark, morbid lyrics. I love it. I’d love to do something more ‘soundscape,’ more experimental, to experiment more.”

Nadine Shah is live at The Rainbow, Birmingham, on April 18. Her new album Fast Food is out now on Apollo Records.