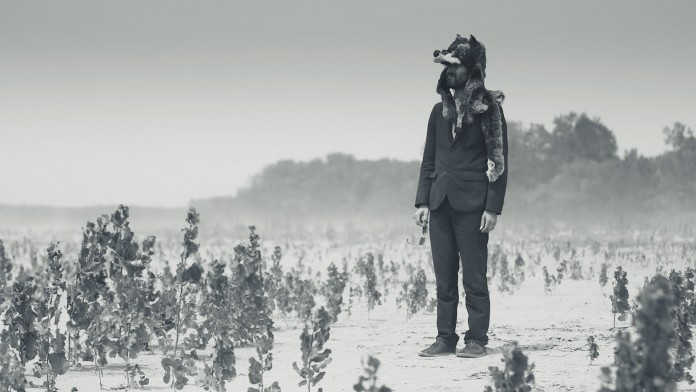 Super Furry Animals frontman Gruff Rhys has never been afraid to experiment. But his latest solo project sees him ploughing into almost unchartered territory, combining an album, book, film and app to tell the tale of a little-known Welsh explorer. He tells David Vincent why he’s never short of ideas.

He’s no stranger to music award lists, but the latest project from Gruff Rhys has seen him nominated not just for the AIM Independent Album Of The Year, but also two literature prizes, the Guardian First Book Award and the Gordon Burn Prize.

“I’m always surprised and grateful to be nominated for anything. I’m excited that people have just read it and listened to it,” he laughs. “And when people do it amazes me. I’m so surprised. It’s difficult to take it in, you know?”

The focus of critical attention is the album American Interior and accompanying history book (subtitled The Quixotic Journey of John Evans, His Search for a Lost Tribe and How, Fuelled by Fantasy and (Possibly) Booze, He Accidentally Annexed a Third of North America), alongside an app and documentary film all triggered by a figure from history’s margins.

To all but a relative few, John Evans is a forgotten 18th century Welsh explorer who,  inspired by the notion that a Welshman beat Christopher Columbus to America by several centuries, set off in search of a mythical tribe of light-skinned, Welsh speaking native Americans. Evans’ journey across the Atlantic backed by the Spanish led him beyond the known borders of the United States, and along the Mississippi, with his map later used by the pioneering Lewis and Clark Expedition.

“John isn’t taught in schools, apart from in his home village [Waunfawr, near Caernarfon] where the kids are forced to do school projects about him. He’s very obscure, only appearing in footnotes of other people’s stories. Crossing through America, he features in Spanish history in a very low level and I suppose this was a chance to make a fuss of him, make him historically relevant,” says Gruff, who heard the stories of Evans’ travels from his family and later found himself traversing a similar route.

“The more I travelled America as a musician the more I found myself crossing his path, so I booked a tour along the route he took…”

But how did that idea spiral into a grand multi-media project, with each component exploring a different element of the story? “The tour came first and then the songs, and the tour itself had a slideshow where I started to tell this story. And the further into the tour, the more I found out, I had more research, added facts to songs. It became apparently enough for a book. I wanted the songs to be more emotional, based on feelings rather than a compilation of historical facts. Everything went hand in hand, kind of. For me it’s like an album, but you get a load more.”

“It’s great to do something with him again,” says Gruff. “He’s a great director and editor. We’ve made two films now, so it would be great to do more as it’s always an adventure. He’s very innovative and I’d love to do another film, but he’s just getting over this. He took about a year to edit the film and then started to edit a version for DVD of just songs. So he needs a break.”

American Interior isn’t the first time Gruff has delved into biography. His collaborations with Boom Bip as Neon Neon, for example, were triggered by the lives of controversial car maker John DeLorean (2008’s Stainless Style) and publisher Giangiacomo Feltrinelli (last year’s Praxis Makes Perfect), while his next (solo) release is the soundtrack to Set Fire to the Stars.

“It’s a feature film about Dylan Thomas’s agent, John Malcolm Brinnin, played by Elijah Wood, and about a week in the life of Dylan Thomas in the 1950s when his American agent was trying to keep him off the sauce.”

Directed by Andy Goddard (Downton Abbey) and co-starring Celyn Jones (as Thomas), the cast also includes Steven Mackintosh, Shirley Henderson and Kevin Eldon, and is part of the ongoing celebrations marking the centenary of the Welsh literary giant’s birth.

“There’s three songy songs and the others are all instrumentals, but there’s an album worth of material,” continues Gruff. “I’m really happy with it, it’s very orchestral. It’s different again. One of the songs, Set Fire to the Stars, is based on a Dylan Thomas poem [Love In The Asylum], but otherwise they’re all my own lyrics. That was pretty daunting – having to write lyrics about Dylan Thomas!”

As to what comes next, the Super Furry Animals co-founder says he’s not short on ideas.

“I’ve got lots of ideas, but I suppose I’m just going to enjoy playing American Interior for a while. It took about two years, pretty solid, making the film, getting out touring and making the book and it’s been hectic. This is the most intensive thing I’ve ever been involved in creating. Everything’s finished now. To just enjoy touring and playing the songs to people and not anything much else for a while is what I want to do.”

Gruff Rhys is live at Glee Club, Birmingham, on September 15. Tickets have now sold out.