Guy Hirst drinks strong cider with Chemical Mojo lads Mark Buckler (Guitar, Vocals), Tommy Gaskin (Bass) and Ben Bartlett (Guitar, Vocals) and discovers more about the unintentional sexual nature behind their debut EP, their upcoming gig at The Flapper and what this hard-rock project means to ‘em all.

“I don’t give a shit about making a three minute tune for the fucking radio,” affirms Mark, “all I’m concerned with is making quality fucking [hits table], constructive fucking [hits table] songs [hits table conclusively], you know? Something I can leave behind when I’m gone man and just for other people to think that it was fucking wicked.”

“I just want an excuse to get out the house,” says Ben, band mates roaring into laughter, pints in hand. “Yeah man,” smiles Tommy, “any excuse to get into a bar.”

Chemical Mojo is the amalgamation of two road tested Birmingham rock groups Rattlesnakes Remedy (Buckler, Bartlett) and Jester (Gaskin, Jord Sims – Drums). They came together in October 2014 and it all started more or less, with a delicious, delicious curry.

“We met up, had a few beers, got jamming, got an ear for some of tunes and ended up getting caned and having a curry,” says Mark, “so yeah, it began with a curry but it did take a long while for this to come together. We were just lucky that Tommy and Jord were free when they were, the planets just aligned.” 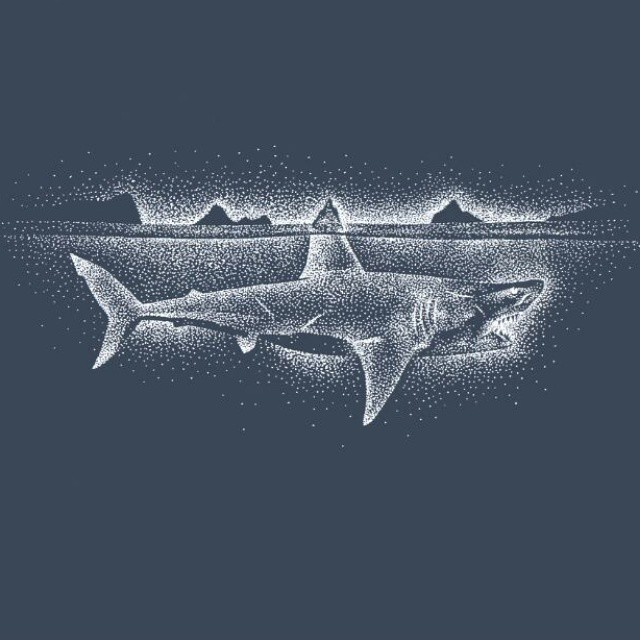 It’s taken nine months to get from vindaloo to EP, which is entitled Just The Tip, available digitally right now and due for physical release on July 9. At a glance the EP cover and the name seems fairly harmless – they’re a new band, this is all just the tip of the iceberg and all that, but no, as soon as it comes to discussing the name all naive innocence is shattered.

“You know,” Tommy begins, “when you just…give ‘em…a little bit? You know what I mean?” [Everyone goes into hysterics.] “Funnily enough,” Mark chimes, “when I was setting up the Instagram and I searched that name, all that came up was that meme from Archer. Just know that the name is a coincidence and was t0tally unintentional…

but as far as actually recording the EP goes, it was the best recording experience I’ve ever had. Our producer Greg Chandler at Priory Studios was great from day one. He was so easy to work with, he was like a fifth member of the band but wasn’t overbearing or anything. It only took us four days to do.”

Their gig on July 9 at The Flapper will mark the first time playing together on stage as Chemical Mojo, the first of hopefully many milestones. “We’ll just deliver that vibe we’ve had over the last few months, which has been wicked,” continues Mark, “if we can just convey how we feel in the moment, i’ll be happy.”

“We knew it was going to be in July and we love the beer garden at The Flapper, so it made sense to have it there,” says Ben, “but another thing I really like about the venue is that the stage is level with the audience, especially on our first gig we want a modest atmosphere. We’re really looking forward to our support bands too, Anger Rising and Whoa Mama, they’re all good lads and they’re both pretty fresh too.”

It’s always exciting to meet a band in their genesis stage – there’s everything to gain, nothing to lose, so much talent to expose and there’s so much music to be written. But best of all it’s endearing to know that Chemical Mojo are already happy with what they’re doing, and that world domination or lofty financial gain isn’t at all their main goal. They’re focused on the here and now, gigging and releasing the EP, which is a healthy and exciting place to be.

“Yeah man this is the happiest I’ve ever been musically,” says Mark sincerely. “Daaawww,” his band mates reply in a cute tonality. “It’s all about just doing the gigs and meeting people,” Tommy says, enthused, “that’s my favourite thing about gigs, you just go out, meet like minded people and that’s just something that can never, ever get old.”

Well said, it certainly doesn’t. All you have to do is say hello and talk about music, and before you know it, you’re sat in pub four weeks later interviewing them.