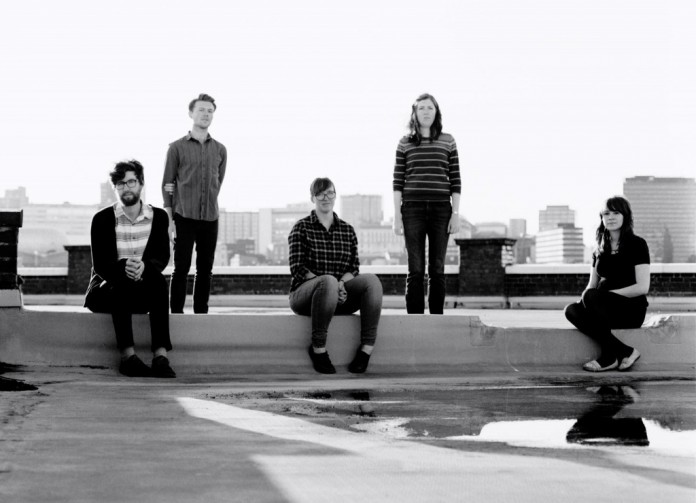 Boat to Row release their beguiling folk-infused debut album this week, with a mini-tour to celebrate. We spoke to the Birmingham five-piece to find out the story behind I Found You Here.

You’ve been together a few years now and have singles and EP releases under your belt. Why did you feel now was the right time to release a full-length album?

Ben [Gilchrist, bass]: About three years ago we got our first lockup together and that was when the ideas for the album started to surface, we had so much more time than we’d ever had before to develop ideas, to try multiple versions of the same song and to let the songs breathe without worrying how much time we had left of our rehearsal. We’ve always wanted to write an album, but we wanted to do it when we were ready to write an album in its entirety, not just release the last 10 to 12 songs we’d written. By the time we started writing the album we were ready for the challenge.

We felt like we’d reached a point in the development of our writing where we had a bit of a clearer idea of what our ‘sound’ was. On past releases I think there were a few different directions we’d been exploring, which is fine on a shorter release, but we wanted our album to feel whole and to think about the overall experience of our record from start to finish, and not just on a song to song basis. I feel like we’ve found a way to encompass all the different ideas that we’d been experimenting with and bring them all together into something that feels complete and sounds like how we wanted our band to sound.

What different challenges does it present, trying to record a full length, cohesive piece of work?

Lydia [Glanville, drums]: So many challenges! Firstly a body of material that works together, we initially recorded about 15 songs and had to narrow it down, thankfully we all had pretty similar thoughts on what we wanted on the album. For us it was also a process of stripping back and refining when we were recording, we’re highly trained musicians which has it’s benefits but it can sometimes be tempting to want add more to a track than it actually needs. There was also the issue of money, which we ran out of halfway through recording so we went on tour to get some more. Also we ran a pledge campaign to raise the cash to get the album pressed. It was hard work but we’re so lucky to have that help from our fans.

In an era of downloads and streaming, do you think an album represents a different experience for the listener as well?

Lydia: Definitely, you’re speaking to someone who has only used Spotify about twice. If you really love a band it’s so much nicer to have a physical copy of an album. I grew up learning about jazz from Blue Note liner notes. That’s something you just don’t get from streaming. Also the sound quality is often shocking on streaming services, I wouldn’t know about downloads as I’m yet to get on board with that. CD and vinyl are much more accurate to how it sounded in the studio.

How do you feel about the album from a personal point of view, now that it’s ready to be released?

Anna [Bennett, violin]: We do feel incredibly proud of the album. Not only does it represent the creative work of several years, but it’s a window into that particular time of writing with and inspiring each other – into the hours spent at Highbury Studio trying to perfect a take (a challenge when recording on tape), fuelled by mug upon mug of tea and emerging from the studio like moles into the sunlight at the end of a long summer’s day…

On a personal level, I particularly enjoyed being given free reign on a ‘strings takeover‘ on a few of the tracks. Recording with my sister Rachel on cello was very special for me. It also marks my debut on the viola, which I’ve had to build up my muscles to play. Sylvia is a song that I wrote with Mike so I’m really proud that it was chosen for the album. 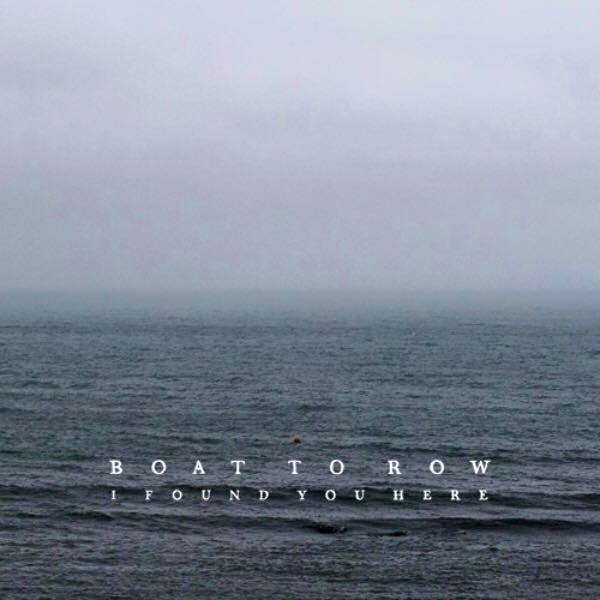 And what can listeners expect from it?

Anna: You can expect warm tones and a live, spontaneous feel. The album rises and falls, moving through tracks that are energetic with layers of instrumentation to those that are more spacious and acoustic. Some are backed by a string quartet, others are driven by electric guitar, drums and organ. We’ve built on our previous musical influences to incorporate new instruments and lyrics that express something a little darker.

Any surprises for fans who think they know what a Boat to Row album should sound like?

Ben: I think there will be surprises for people who’ve not seen us play for a while or remember our earlier singles. It wasn’t a conscious decision to write differently but the longer we’ve played together, the more our sound has developed naturally and we’ve challenged each other and pushed the boundaries of what our music has sounded like in the past.

I think sometimes people have us pegged as nice or twee, which aren’t bad things to be, but I think that can give the impression that our songs are disposable or simple. We take writing really seriously, and we wanted to write a record that has depth and different layers to explore and I think we’ve managed that with I Found You Here. I think perhaps the sound of this album is less poppy and maybe a little more complicated, but it’s still us and I think at the core of it all you can still hear the same band who wrote our older songs.

How did you approach the songwriting, was it a collaborative effort?

Mike [King, guitar and vocals]: Writing for I Found You Here was probably the most collective process we’ve had as a band. Nearly all the songs came to be from lockup jams at Highbury Studios that we later refined in pre-production for the record. We knew that we’d be largely recording to a 16-track tape machine, so a conscious effort was made to only write and arrange parts that were definitely needed. I think having this restraint gave the writing process a bit of focus and structure.

What are your thoughts about the folk-influenced scene in Birmingham at the moment?

Mike: There’s a very inclusive vibe in and around Birmingham at the moment. We’ve been lucky enough to have had some great local bands to share the stage with and grow with over the years. Although not all folk, friends like Goodnight Lenin, Midnight Bonfires, Katherine Priddy, Tom Peel, Sunshine Frisbee Lazerbeam, Hoopla Blue and Victories at Sea have all become established and well known acts locally and further afield which can only be a good thing when you mention the idea of a healthy music scene. We’ve shared the stage with all the above in some shape or form which in itself sends a positive message of how eclectic the Birmingham music scene can be, no matter what style or genre you’re tagged with.

That’s true, you’ve always appeared on eclectic lineups and at different types of venues. Has it been important to you not to pigeonhole yourselves, simply because you play acoustic instruments?

Ben: I think it is important to us, yes. The main reason we’d ever want to play on a show is because we love the other acts playing, we all have such a broad musical taste and I think that’s reflected in some of the gigs we do. I don’t think we really see music in that pigeonholed way so it’s natural that we wouldn’t want to be identified as a specific type of band.

It’s cool to play a lineup with a band like Dutch Uncles or Jaws and I think we learn as much from bands like that who sound nothing like us, as we do when we get to play alongside someone like Ryley Walker or play at Moseley Folk Festival. I think most musicians draw on influences from many different styles, and we’re no different, so it’s just an extension of that attitude playing alongside diverse bands. We’re also really lucky that our songs can lend themselves to working unplugged so we’ve played in all sorts of weird places like a canal boat, front rooms, garden parties, basements, shopping centres and high streets.

What have been your performing highlights over the last couple of years?

Mike: I guess we all have our own favourite gig within the band, and some of the bigger shows do give you a bit of a rush, but I’d say over the last few years of touring off our own back, some of the most rewarding shows have been the ones you least expect to go well. The kind of show that you travel hours for to get there, on a school night, after a long day at work, stuck in traffic, in a city or town you’ve barely visited. To then arrive and have random people invest in buying a ticket to see you, or going out of their way to check you out online and take a gamble and then hang around to pick up a record at the end of the show and stop to talk about stuff. They’re the best kind of gigs, and actually the ones that stick with me the most.

Are you looking forward to the album launch live show? What can we expect to see there?

Ben: Most definitely, we can’t wait. We’ve got our friend Lizze from the Mourning Suns playing viola for quite a few tracks to help with the extra string parts on the album. We’ve planned a set that flows and links different songs through the night and we’re excited to play some of the new tracks alongside a few of our more road worn songs and I think it’ll be really fun.

Mike: We just want to say an enormous thank you to everyone who helped us to make this album. Rob at Highbury Studio was loads of fun to work with, Francis who mixed and mastered the album for a lot less money than he should have because he wanted to help us out, and most importantly everyone who pledged to help us get the album produced. It’s an absolute dream come true to see our album on CD and vinyl, we’re so proud of what we’ve achieved and we’re so grateful to everyone who helped us along the way as we know we couldn’t have done it without them.

Boat to Row are live at the Hare & Hounds, Birmingham, on Friday, November 20. Debut album I Found You Here is out now on Nocturne Records, available on CD, vinyl and as digital download from most major download outlets. It is available to order directly from the band here.