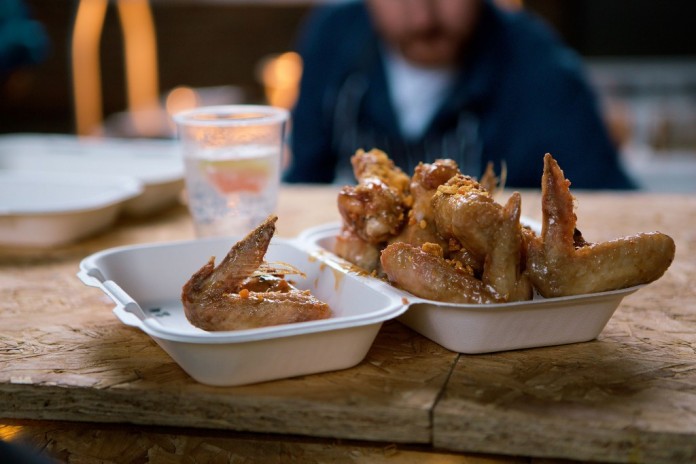 Street Banquet is cool. Making its debut in the hazy purgatory between Magic Door and Glas at Lab11, it neatly dodged the harsh, lurid emptiness of the ‘morning after’, delivering instead an atmosphere that was cosy, softly-spoken and mellow. Amongst the usual ‘Village Fete’ crowd drifted the previous night’s revellers, cocooned from unfiltered day-time in Digbeth’s great arches. Presumingly in the same boat, the organisers absolutely embodied this blissful, patchwork vibe: morning-after glam; diligent yet slightly forgetful bar service; hanging out with their grandparents. Endearing, and seriously cool.

With long communal tables, picnic benches and barrels, the Street Banquet concept addresses the grave issue of having to eat street food either standing, perched on the corner of a bench or off an unceremonious surface such as a wheelie bin. ‘That’s what it’s all about blah blah blah.’, but there’s something to be said for a middle ground between silver service and, well, the street. In Lab11’s terrace, softly lit and generously heated, it’s a format that works, meaning Street Banquet will doubtless hold its own in an increasingly saturated market.

Also a success is the bringing of local restaurants into the fold. What makes you a treasure to this scene is not your van but your cooking. Butchers Social’s signature wings delighted with perfect caramel: silky not sticky, sweet, utterly smooth. However they didn’t quite achieve the abrasive, dangerously addictive hit of sea salt required to transform them from dessert into a balanced and wolf-downable main course. They also lacked a crispiness of skin for which the caramel comb, albeit gorgeous, could not quite make up.

The Savanna Grill served a springbok hot-dog that was genuinely exciting to eat, creating that immensely pleasurable feeling of tasting something that is at once completely novel and tip-of-the-tongue familiar; what to us seemed like spearmint and pink peppercorns was in fact coriander and nutmeg.

Forgiving them (just) for the ridiculous claim that they make “men’s gin”, Langley’s provided some robust and rounded G&T’s that pleasingly ventured outside of lemon/lime territory (when making at home, try cucumber – you’ll never go back to the old two-party order). Grapefruit made for a seriously strong drink, grandma-y in a good way. In contrast, watermelon defied rather than accentuated the gin’s character, granting it a summery whisper. Both were very good, but the stand-out drink was brewery Two Towers’ ‘Complete Muppetry’ – cream soda for grown-ups.

Street Banquet will return next month, on June 13th in Birmingham and June 27th in Wolverhampton. However the team have even grander plans for their formula, rumoured to include a supper club at Lab11. Promising high-end but accessible dining, it’ll no doubt be curated with the understated quality of their launch. Keep checking their website or follow them on Twitter for more information about all their events. 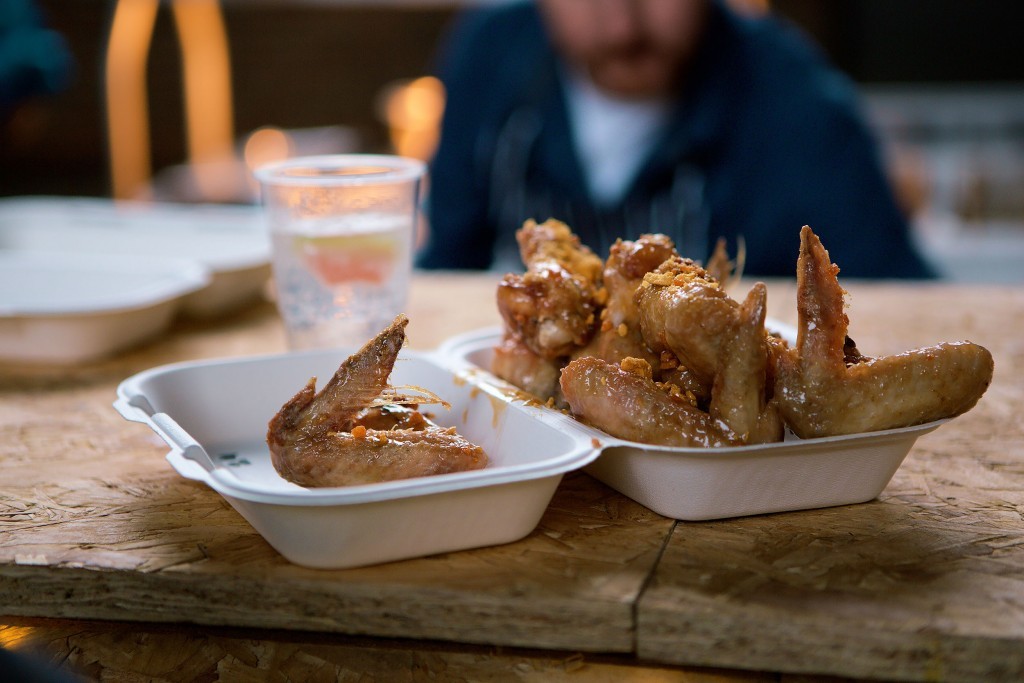 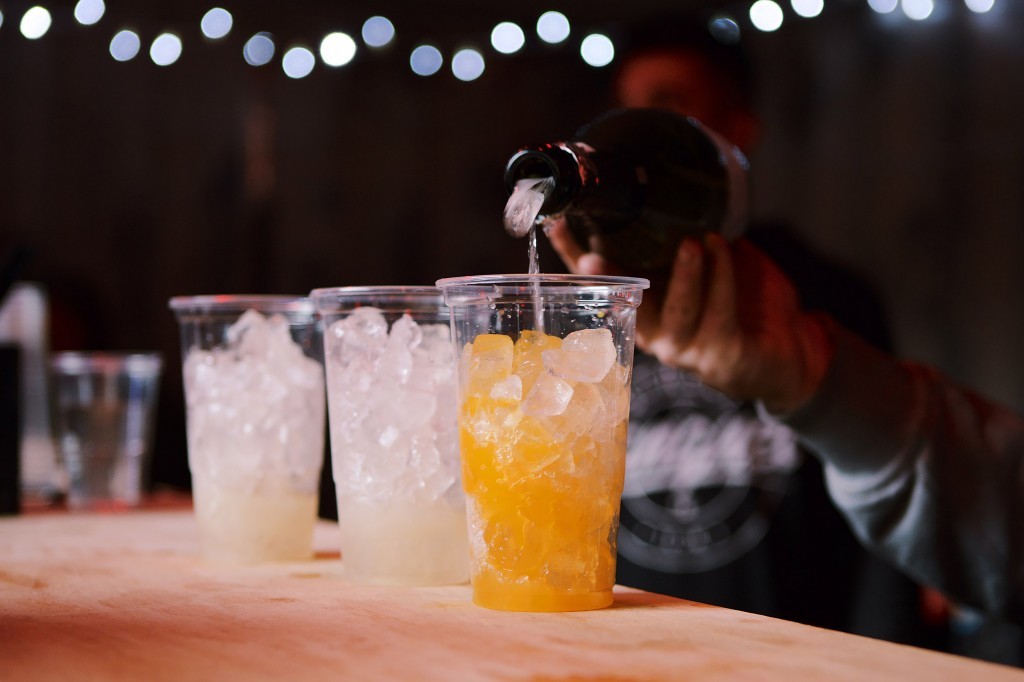 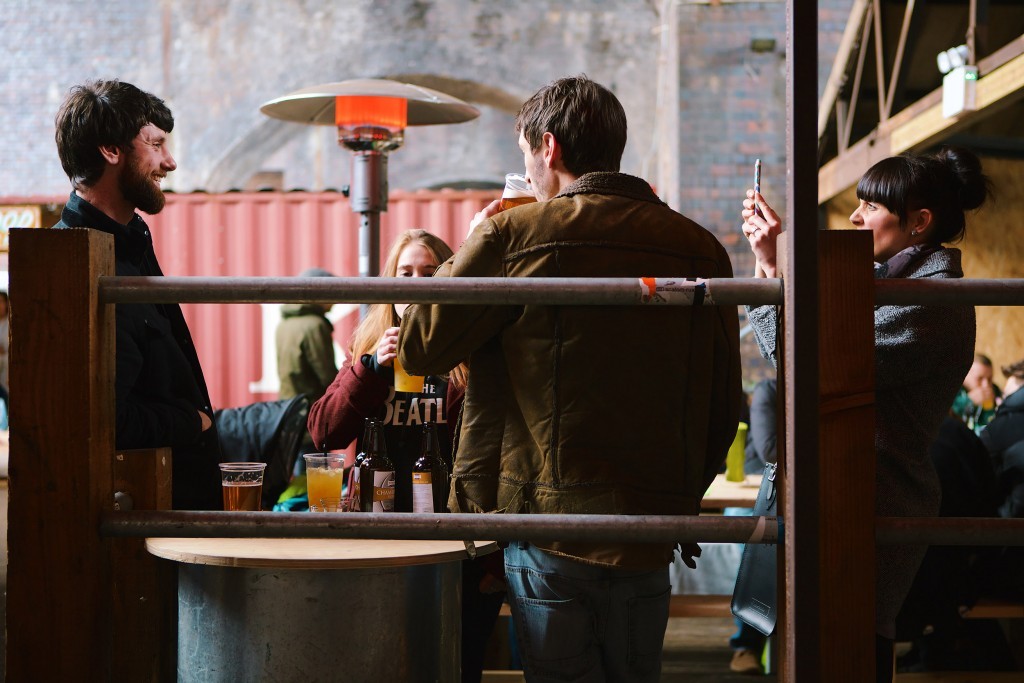 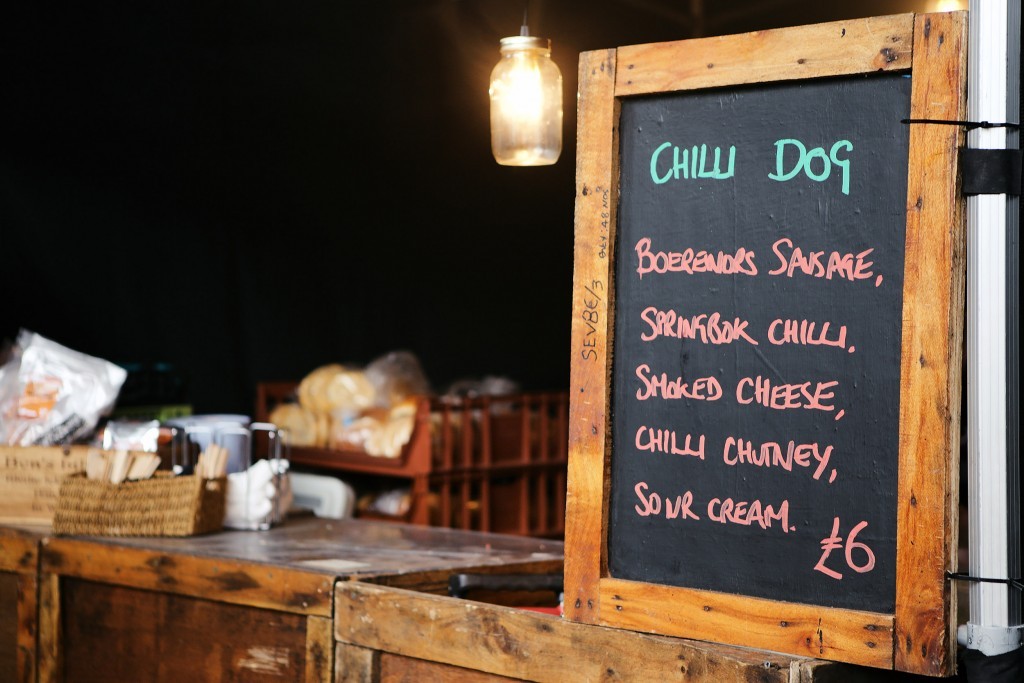 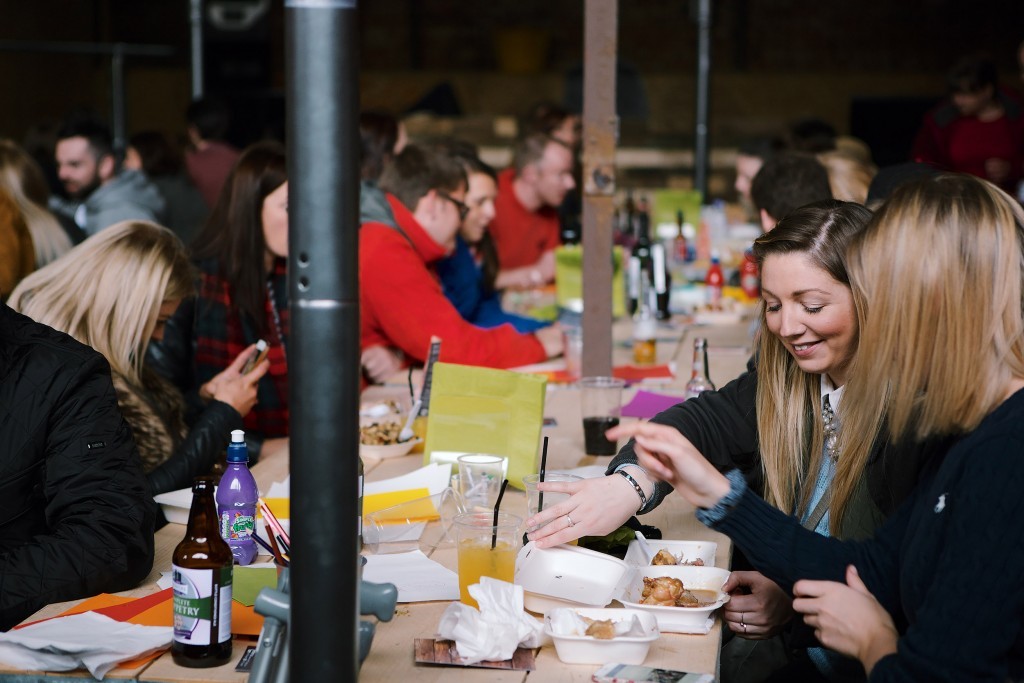 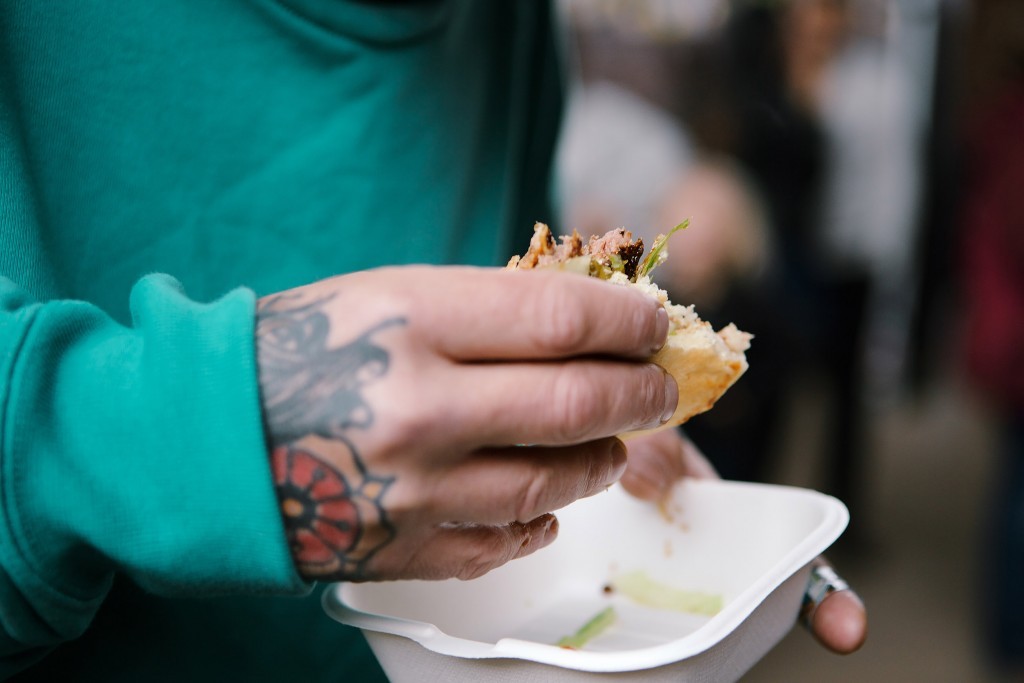 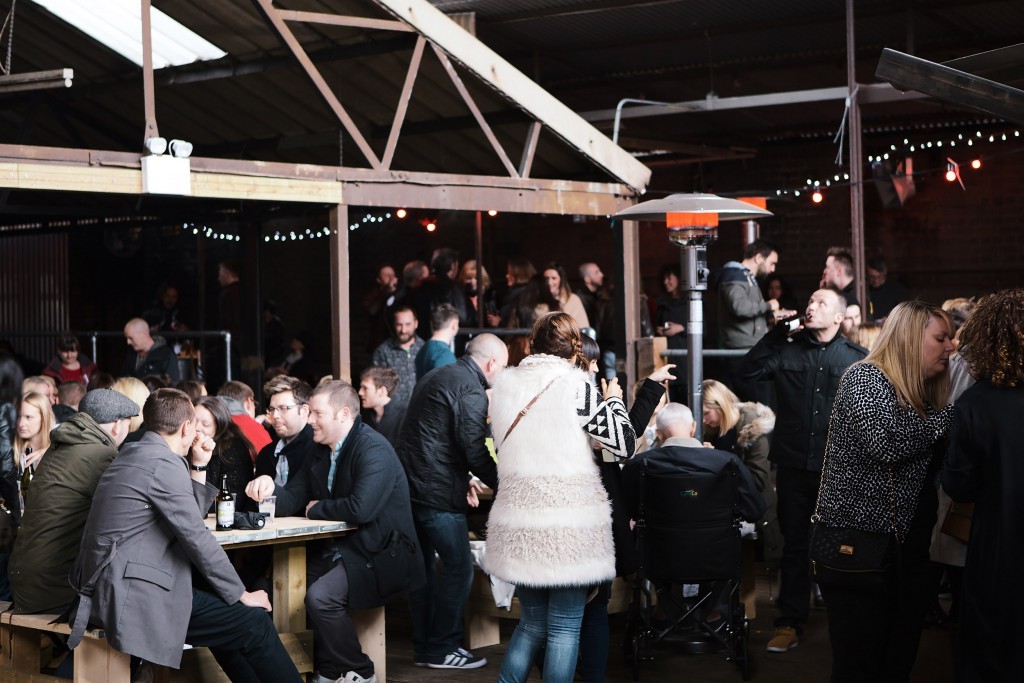 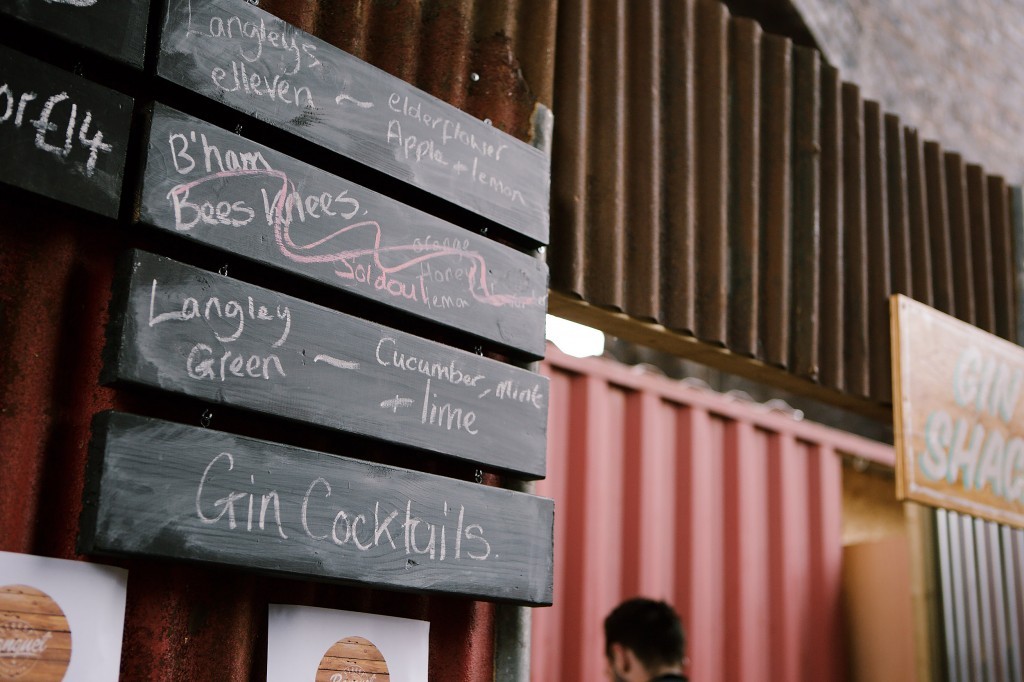