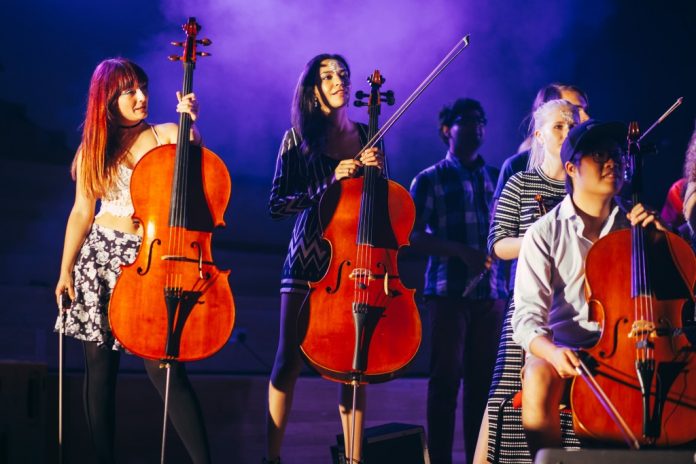 The Conservatoire Folk Ensemble have announced the line-up for the fifth edition of their Power Folk mini-festival.

Taking place at The Spotted Dog in Digbeth, on Sunday 10 June 2018, the line-up includes The Greg Russell & Ciaran Algar Trio, Will Pound, Threaded, Punch The Sky, and Gathering Tides.

They’ll be performing alongside the 50-plus members of the ensemble.

Alongside the all-dayer, the group will also be releasing a new album, Sleepy Maggie + Remixes Reworkings and Rarities, which features 10 tracks based around the lead track, Sleepy Maggie.

According to band founder and producer Joe Broughton, variations include “club remixes, Chinese groove-monsters, full on drum’n’bass” as well as a decade old live version.

The mini-album comes a year after the ensemble celebrated their 10th anniversary with the acclaimed long-player, Painted.

Alongside Power Folk the UK’s biggest folk big band – who hail from BCU’s Royal Birmingham Conservatoire – will be on tour, with dates including Leek Arts Festival, Staffs (24 May); Huntingdon Hall, Worcester (26 May); Kendal Calling (29 July), and Green Man Festival (19 Aug).