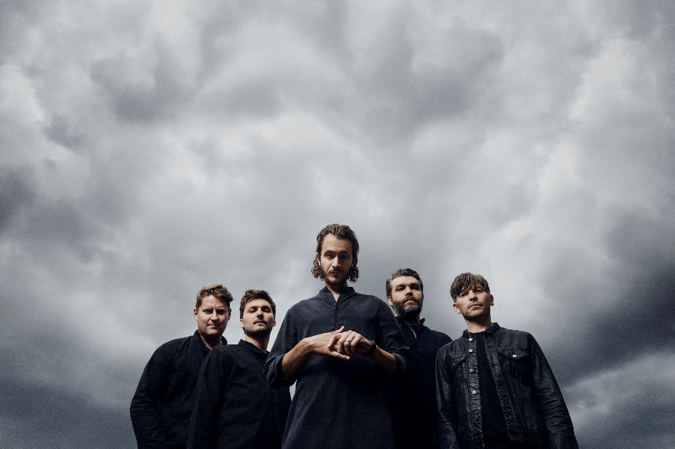 The show is their largest in the city they once called home in some years, and will see the five-piece return to tracks off earlier albums that have long slipped from their set-list. Among them are Fingers In The Factories and Distance, both from their 2005 debut, the critically acclaimed The Back Room.

Since then, Editors’ musical ambition has grown considerably, with the band embracing more electronic elements – this isn’t the same band who used to smash it at local venues such as the now closed Flapper.

Discussing how they now approach older tracks, frontman Tom Smith says: “Over the years our sound has grown increasingly electronic, so there are a lot of keyboards on stage, loops and drum-machines and things like that, so the way we are now – especially after [2018 album] Violence – [for] a song like Distance we can use all that technology to help us bring it to life.

“We never played that back in the day, because we didn’t have a clue how to, to be honest,” Tom laughs. “[Whereas] Fingers In The Factories we play straight up, how we always used to play it.”

Formed in the early 2000s, the then four-piece Editors quickly found themselves graduating from playing Brum pubs to opening for Franz Ferdinand at what was then The NIA (presently Arena Birmingham). Guitarist Chris Urbanowicz left the band after three albums, throwing their future into doubt, but Tom, Russell Leetch and Edward Lay continued, enlisting Justin Lockey and Elliott Williams into the band. Going from strength to strength, particularly in Europe, this line-up have now released three albums too.

If the first three albums were Chapter One of Editors’ story, are the second three Chapter Two? And does that chapter conclude with the Best Of collection?

“I think so,” says Tom. “It does feel like the end of Chapter Two. I think that’s how I look at it as well.”

While he doesn’t know how the next album will sound yet, he does think there could well be a step change, though what that will be is too soon to say.

“I don’t know how that [seventh album] will come together,” Tom reports. “[But] being in the studio, with the band, working on songs, that creative side of it, I think the hunger is more than ever. That’s all we know how to do. I don’t know what else we would do.”