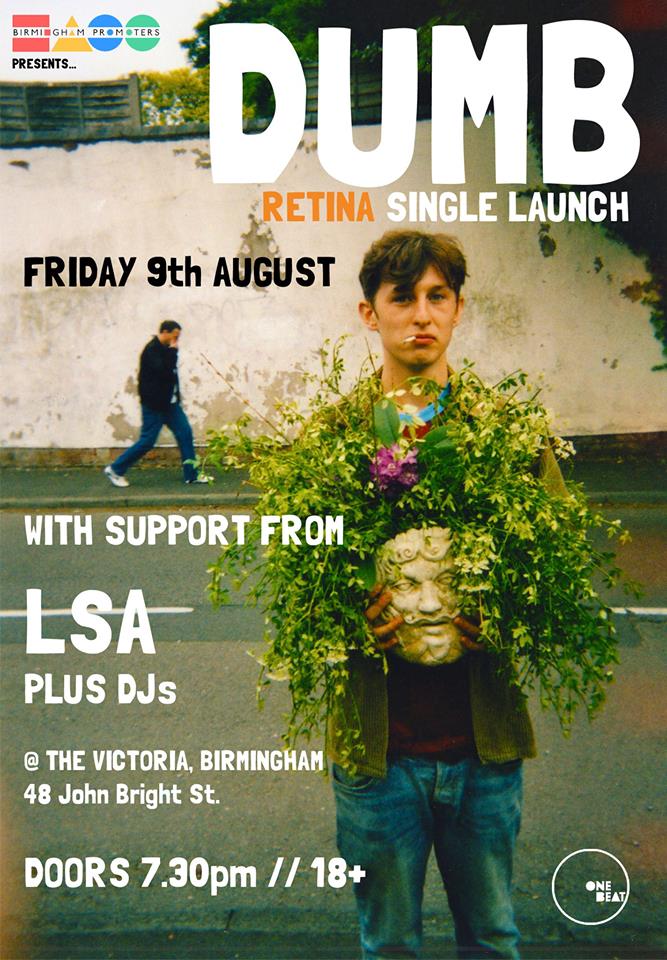 Four piece Birmingham band Dumb will headline the The Victoria next month, to celebrate the release of brand new single Retina.

After going down like a storm at the Superfood gig last week and giving a hearty performance worthy of the explosive reception they received, Dumb’s own headline slot on August 9 is sure to be lively, sweaty and all-round memorable gig for all concerned. 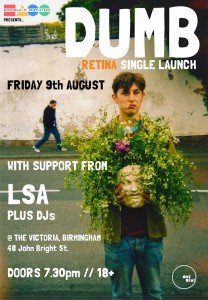 Retina, due for release on August 12 on One Beat Records, will be Dumb’s second ever single release, coming three months after their debut offering Dive. Influenced by such acts as the Pixies and American indie rock heroes Built To Spill, Dumb have shaped and developed a sound which is certainly gaining them momentum, earning them national radioplay and media attention beyond their native city.

According to the band there’s also a third single to be release this autumn 2013 entitled Still I’m Stuck, which already has two solid songs to succeed. Bring on the album.