2014’s Fierce Festival draws to a close this week, with plenty of adventures still to be had. Opening on Thursday (October 9) is Junk, in which Emily Mulenga performs with her green-screened virtual double in an exploration of new media and the female body of colour. Museum Of Water opens at the Moseley Road Baths on Friday (October 10) – a collection of over 500 bottles of clear liquid, each with its own distinct back story – while the festival rounds off on Sunday (October 12) with Cyborg Day at Millennium Point, a range of performances and films from The Cyborg Foundation, an organisation promoting the use of cybernetics as body parts.

It’s a busy week at the Rep. Opening on Thursday (October 9), For The Past 30 Years is a piece examining the experiences of professional women over the past three decades. Then, one of the Rep’s big autumn shows, John Steinbeck’s adaptation of his 1937 novella Of Mice And Men, begins its run on Friday (October 10), while from Monday (October 13) there’s the chance to experience The Best Of BE Festival 2014, featuring three of the finest pieces from this year’s smorgasbord of cutting-edge European theatre. Included on the bill are Hungarian solo dance piece From The Waltz To The Mambo and this year’s festival winner, Mokhallad Rasem’s multimedia meditation Waiting.

Down at the Warwick Arts Centre from Tuesday (October 14), The Angry Brigade sees a young guerrilla group rise up against the 1970s UK establishment, while on the same night there’s the latest instalment of PILOT Nights, giving an airing to inventive works in progress.

Elsewhere, impro group Fluxx are at Artrix on Thursday (October 9) with The Measured World, an interactive take on Shakespeare’s Measure For Measure, while Coventry’s Belgrade Theatre has an adaptation of Jerome K Jerome’s ripping yarn Three Men In A Boat from Tuesday (October 14).

Wednesday (October 15) brings My Big Fat Cowpat Wedding at the Mac, Kali Theatre’s comedy drama of a wedding reception replete with culture clashes and misunderstandings, while on the same night the Birmingham School of Acting present two productions – Oscar Wilde farce The Importance Of Being Earnest at the Old Rep, and Tennessee Williams’ autobiographical play Vieux Carré at the Crescent.

Ikon continues its 50th anniversary celebrations on Saturday (October 11) with the latest Those Were The Decades all-dayer at the Library of Birmingham. This installment, focusing on the 1990s, is entitled The March Of Globalisation, and includes an illustrated talk, a panel discussion and screenings of Abbas Kiarostami’s radical fact/fiction collision Close-Up and music doc Made In Birmingham: Reggae, Punk, Bhangra. 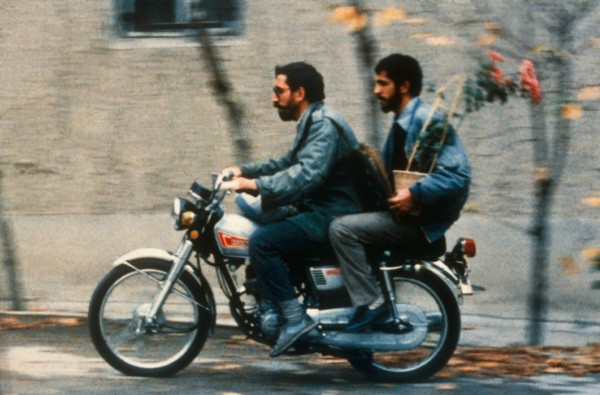 The ever-excellent Flatpack call into the Oobleck on Wednesday (October 15) with the inaugural edition of Dots & Loops, their new animation social evening – curated by local artists and featuring a choice selection of new works and old classics.

Elsewhere, Metropolis Meets Pink Floyd at the Mac on Saturday (October 11), with Fritz Lang’s 1927 silent film soundtracked by tribute act Shrink Floyd, while opening on Monday (October 13) are Mandela 27, in which The Drum houses a mock-up of Madiba’s Robben Island cell, and Alistair Tucker’s dramatic landscapes at the RBSA Gallery.