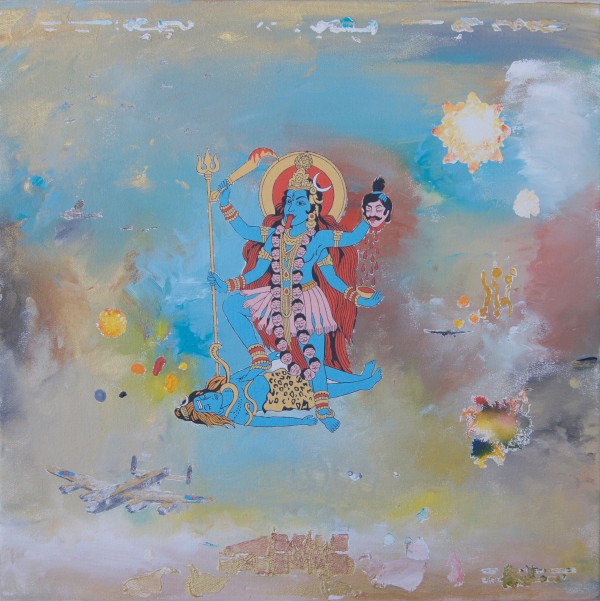 The Birmingham Museum and Art Gallery’s big winter exhibition starts this week, with Photorealism: 50 Years Of Hyperrealistic Painting opening on Saturday (November 30).  It’s Europe’s first major retrospective of the movement, in which everyday life is painted with deceptive precision, with the show rounding up seminal works by the likes of Chuck Close and Brum’s own John Salt, as well as more recent iterations of the genre, including Peter Maier’s intricately-layered depictions of cars.

There’s also new fare at the Ikon from Wednesday (December 4).  The Luminescent Ground rounds up the distinctive work of Australian artist Tim Johnson, stretching back to encompass his collaborations with aboriginal artists in the ’80s, as well as his recent pieces referencing Buddhist deities and UFOs alike.  3 Drawing Rooms, meanwhile, is a colourful, geometric, site-specific piece from David Tremlett, while the Tower Room hosts two films from Amikam Toren featuring strangely moving narrations of real-life incidents.

Before all of that, Ikon teams up with Eastside Projects, The Lombard Method and Grand Union for the Winter Art Fair, opening on Friday (November 29).  Stop by for the chance to pick up affordable works from a vast range of UK and international artists. 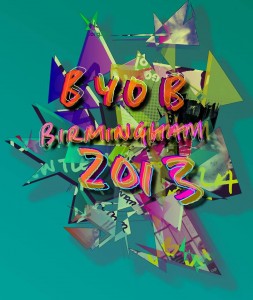 33 Revolutions, Vivid Projects’ fantastic opening season, concludes on Friday (November 29) with Bring Your Own Beamer, a concept which was conceived in 2010 by Rafael Rozendaal and has since travelled the world.  Artists are invited to turn up armed with films and projectors to create a collaborative audio-visual performance.

From Saturday (November 30), the Mac presents At Home, a major solo exhibition from artist Hetain Patel, in which he uses film and photography to explore identity in a domestic environment, while at the Drum from Tuesday (December 3), Little Yemen rounds up Sonia Audhali’s photographs documenting the integration of the UK’s Yemeni community.

At the Library of Birmingham, Lara Haworth and Lucy Hayhoe pre-empt next week’s Volume festival with The Library Project (from Tuesday December 3), in which they run a drop-in bookbinding workshop, while down at Artrix in Bromsgrove, there’s colourful work on display by Linda Mae from Wednesday (December 4).

Not for the first time, the Mac is the place to be for theatre fans this week. On Thursday (November 28), Daniel Bye explores the concept of value in his performance lecture The Price Of Everything, while on Friday (November 29), there’s haunting physical theatre from the Tmesis company in Wolf Red.

Elsewhere, the Drum has a diametrically-opposed double-header.  From Thursday (November 28), Guantanamo Boy is a harrowing account of life as a young Muslim post-9/11, while there’s distinctly lighter fare on Sunday (December 1) with anarchic Gujarati farce Maari Honey-Ne Behave Money.

Also this week, the Birmingham School of Acting presents Stanley, a comedy focussing on the unusual marital arrangements of the artist Stanley Spencer, which plays at the Crescent Theatre from Wednesday (December 4).