For four nights from Thursday (November 13), About Town will see Southside awash with dazzling video art from around the world.  The images and sounds, from filmmakers including Gillian Wearing and Cornelia Parker, all based around the theme of metropolitan life, will permeate all manner of unusual places, including the Gallan Car Park on Hurst Street, the Birmingham Back To Backs on Inge Street and all around the Hippodrome building.  It promises to be spectacular.

Thursday (November 13) also marks the opening of this year’s Eye Candy festival.  The celebration of street art, illustration, pop culture and style is based primarily at Boxxed in Digbeth, with further bits and pieces around the Southside area.  Amongst the star attractions are illustrator Daisy de Villeneuve and French artist Fafi.  Plus, Guatemalan artist Muxxi will create a huge fibreglass model, while 3D paper engineer Sam Pierpoint displays some of his work.

Also opening on Thursday (November 13), it’s the sixth annual Shout Festival of queer arts and culture, with Birmingham coming alive for a long weekend of performances and workshops.  Highlights include high-octane cabaret Fierce & Fabulous at the Mac, and Love Letters & Lehman Brothers at the Library of Birmingham, a durational performance from Brian Lobel in which he re-edits a professional report written by his boyfriend shortly before his death. 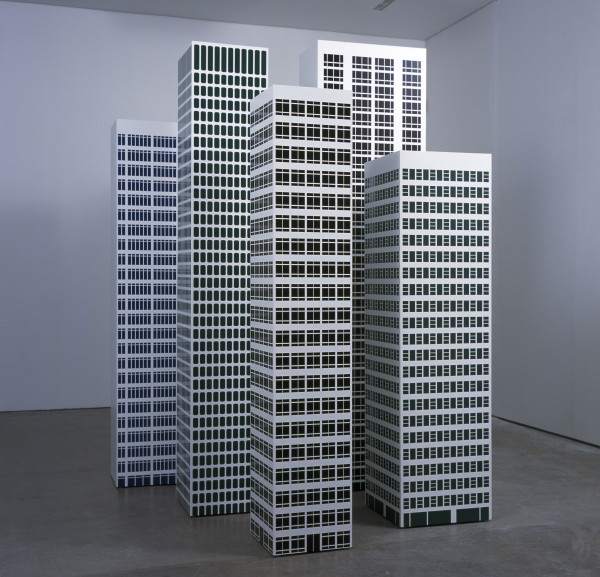 There’s a fine new season opening at Ikon on Wednesday (November 19).  Imran Qureshi is Deutsche Bank’s 2013 Artist of the Year.  Noted for his miniature painting, he imbues the traditional practice with a modern-day relevance via the addition of social commentary that is as relevant to the wider world as it is to his native Pakistan.  Also, there’s a revisiting of Julian Opie’s modernist sculptures of high-rise buildings – lent a new poignancy post-9/11 – while Ikon’s video-art residency in Fletchers Walk concludes with Shi Yong’s touching Silent Film.

Friday (November 14) marks the opening of Brum’s new arts space BOM (Birmingham Open Media), on Dudley Street.  Proceedings get underway with a Launch Party courtesy of Brum’s own 8bit Lounge, which includes a special performance from Ceephax Acid Crew, while on Saturday (November 15) there’s the opening of the Chaos Computer Club exhibition, revealing the vulnerabilities of online security systems.

Over at the Wolverhampton Art Gallery from Saturday (November 15), Mountain, Moor And Moonlight displays Cleone Abbs’ subjective paintings of nature.  From Monday (November 17), the Old Joint Stock exhibits the gorgeous prints of Karoline Rerrie and Sharon Baker, while opening on Wednesday (November 19) is the RBSA’s Birmingham And Beyond show, rounding up work from its members and associates.

There’s further World War I commemoration in theatres this week – from Tuesday (November 18), the Crescent takes on epic musical Oh, What A Lovely War!, while from Wednesday (November 19), The Rep hosts an adaptation of Ernest Hemingway’s 1929 novel A Farewell To Arms.

Gloucester comedy duo Spitz & Co are at Artrix on Saturday (November 15) with Gloriator, a low-rent takeoff of Ridley Scott’s Gladiator film.  From Monday (November 17), the Old Joint Stock hosts the acclaimed blues musical Songs From A Ledge, while opening on Wednesday (November 19) at the Blue Orange is Jason Robert Brown’s theatrical song cycle Songs For A New World.

Lyric Hammersmith’s Secret Theatre Company continue their residency at the Warwick Arts Centre this week, with productions including Mark Ravenhill’s Show 6 and their own A Series Of Increasingly Impossible Acts, while also at WAC, Wednesday (November 19) marks the opening of black comedy Islands, an exploration of tax havens from the award-winning Caroline Horton.