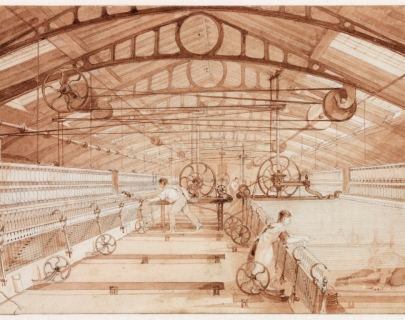 It’s all eyes on Digbeth on Friday (May 2), with the inaugural Digbeth First Friday offering up all manner of artsy treats, live music, street food and a whole lot more.  The evening will include exhibitions and performances at Vivid Projects, Grand Union, Stryx and the Custard Factory, with Eastside Projects opening late to offer tea and toast with Bill Drummond.  Plus, A3 Projects welcomes curator Lynda Morris, who recounts her experiences drinking and dancing with Gilbert and George, while Friction Arts promise “a night of fun and peculiarity”.  Not to be missed.

This week’s other big highlight begins down at the Warwick Arts Centre on Friday (May 2), as Turner Prize winner Jeremy Deller examines the enduring cultural impact of the Industrial Revolution in All That Is Solid Melts Into Air.  The exhibition combines modern music, film and photography with a broad range of 19th-century material.  There’ll be a special Preview on Thursday (May 1), while Friday (May 2) sees Deller himself In Conversation at the Herbert Gallery before the exhibition’s Opening Party – and then on Saturday (May 3), there’s a Mystery Bus Tour Of Coventry’s Musical And Industrial Past.

Also of note this week is a co-production from Capsule which takes place at no less than the Royal Shakespeare Company in Stratford-upon-Avon.  Who Wears The Trousers?, a group show from female illustration group Girls Who Draw, opens on Wednesday (May 7), taking as its inspiration the Jacobean play The Roaring Girl to explore cross-dressing in theatre. 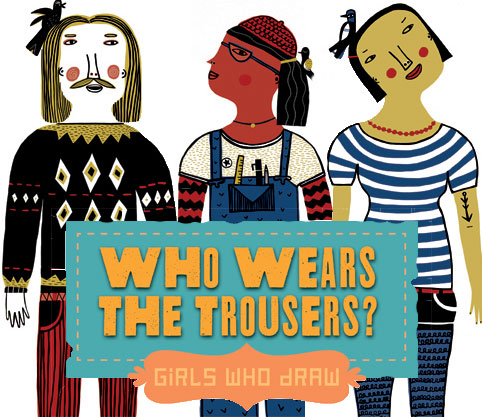 Speaking of theatre, the Mac is your best bet this week.  On Thursday (May 1), Brum’s Kindle Theatre present the mind-expanding A Journey Round My Skull, a love story shot through with auditory hallucinations, a sonic dreamland examining the lengths we go to to rid ourselves of painful memories.  And on the same night, Newman University open their show PEOPLE, a combination of theatre and sound that weaves diverse stories together in unexpected ways.

Also on Thursday (May 1), the Pilot Nights initiative present their first-ever Pilot Sites evening, a programme of new theatre presented in unusual places around the Southside area.  Plus, the Rep lifts the curtain on Girls Like That, a Young Rep production about the social pressures on adolescents in the 21st century, while Don’t Go Into The Cellar! are at the Old Joint Stock to present Holmes Alone, in which Sherlock must do without his trusty Dr Watson.

Friday (May 2) brings an evening with the jaw-droppingly obscene sleight-of-hand master Jerry Sadowitz,  as his Comedian, Magician, Psychopath! touring show calls in at the Crescent Theatre, while the Old Joint Stock begins a Terry Pratchett adaptation, Wyrd Sisters.

And as if all that weren’t enough, Pierre de Marivaux’s 18th-century romantic comedy The Dispute opens at the Crescent on Saturday (May 3), while the Warwick University Drama Society present their take on Eugene O’Neill’s The Hairy Ape at the Warwick Arts Centre from Wednesday (May 7).