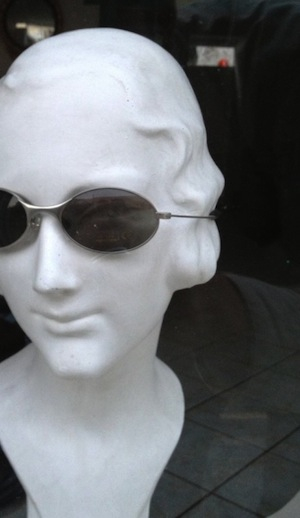 This week marks the start of the astonishing new project from KLF hellraiser Bill Drummond.  The 25 Paintings World Tour will see Drummond take up residence in a different city around the world for three months of each year until 2025 – with Birmingham his first port of call.  On Thursday (March 13), the odyssey begins underneath Spaghetti Junction, where Drummond will arrive by raft and construct a sculpture, 400 Bunches Of Flowers.  Eastside Projects will be his base for the following three months, where he will work on Fridays and Saturdays, and where the titular paintings will be exhibited, pointing the way to his activities around the city.

Eastside has other new offerings this week, too.  Monthly Evaluations rounds up selected pieces from professional handball player turned artist Ioana Nemes and her attempts to realise the hidden mechanisms behind our everyday lives.  There’s also the latest Flatfile instalment, Hold Me Around The Other’s Body, featuring work from Menna Cominetti and James Parkinson.  Eastside’s new season launches on Friday (March 14), with the opening proper on Saturday (March 15).

Plenty of other good stuff around this week, too.  On Tuesday (March 18), there’s a celebration of the work of John Cage, as the Usurp Chance Tour 2014 arrives in Birmingham.  The CBSO Centre is the venue for performances of two of Cage’s improvisational pieces – Indeterminacy, which sees the spoken word of comedian Stewart Lee backed by two pianists, and The Conspirators Of Pleasure, featuring a three-piece band of augmented sitar, Persian frame drum and modified toys and electronics.

Sunday (March 16) marks the start of the second annual Arts and Science Festival, the University of Birmingham’s programme of “ideas, research and collaboration”, with this year’s theme of life and death dovetailing with New Art West Midlands, the Flatpack Film Festival and, indeed, Bill Drummond.

Elsewhere, Ikon rounds up its three-year role as Arts Champion for Northfield in Ikon In Northfield from Friday (March 14).  Then, on Saturday (March 15), An Post features film and art concerning the Irish diaspora at the Library of Birmingham, while the Royal Birmingham Society of Artists’ Friends’ Exhibition opens on Wednesday (March 19).

It’s another busy week at the Rep.  The Epic Encounters season continues on Saturday (March 15) with The Mother, Bertolt Brecht’s revolutionary play, starring Lorna Laidlaw and a local community choir.  Then, on Monday (March 17), the curtain rises on Birdsong, an adaptation of Sebastian Faulks’ First World War novel, while opening on Tuesday (March 18), Egusi Soup is a comedy drama about a British Nigerian family facing a trip to Lagos.

Also this week, Tabletop Games, opening at the Old Joint Stock on Friday (March 14), is a thought-provoking examination of the relationship between religion and faith, while on Saturday (March 15), the Crescent Theatre begins a run of JB Priestley’s excellent drama An Inspector Calls. 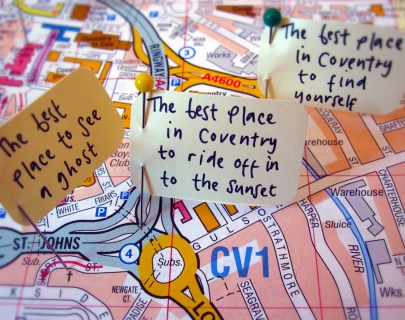 On Monday (March 17), the Warwick Arts Centre begins a Fortnight of “orchestrated serendipity” around Coventry – register by Thursday (March 13) if you’re interested in receiving daily texts inviting you to “brief encounters” in secret locations.

Finally, on Wednesday (March 19), the Mac hosts an evening of short films about human trafficking in Break The Chain, while Artrix has We Will Be Free!, a two-handed tale of the Tolpuddle Martyrs.