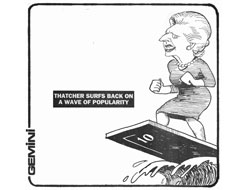 The cream of experimental European theatre converges on the Jewellery Quarter this week for the 2013 Be Festival.  Opening on Tuesday (July 2) with extended performances of last year’s highlights – the Italian laughter experiment Homo Ridens_Birmingham and the Spanish comedy Solfatara – this year’s offerings run across four nights from Wednesday (July 3).  Each day’s theatrical programme at the AE Harris Factory is bookended by a range of workshops, art exhibitions and live bands, and there’s even the opportunity to dine with the evening’s performers during intermission.

BE FESTIVAL 2013 trailer from BE Festival on Vimeo.

Before the festival gets underway, the visiting Italian company Teatro Sotterraneo stop off at the Warwick Arts Centre to hold an open rehearsal of their Daimon Project show on Friday (June 28).

Elsewhere, The Edge in Digbeth hosts the latest instalment of the Rep’s Foundry Nights series on Thursday (June 27).  These monthly nights have been showcasing works in progress from emerging local talent, with June’s edition tying in with BASS Festival, Birmingham’s celebration of black music and arts.

In other theatre action this week, the Blue Orange Theatre hosts the drama Catching Snowflakes from Thursday (June 27), the Custard Factory has the musical comedy I Love You, You’re Perfect, Now Change on Friday (June 28) and Saturday (June 29), while the Crescent Theatre has a run of Oscar Wilde’s The Importance Of Being Earnest, beginning on Saturday (June 29).

It’s an action-packed week on the visual-arts circuit too.  The brand-new A3 Project Space opens in Bowyer Street, Digbeth on Friday (June 28) with A3 Works, the result of 50 artists’ encounters with A3-sized paper.  Also in Digbeth, Hungarian artist Adam Ulbert’s The Peeping Metals Experience opens at the Lombard Method.  Previewing on Thursday (June 27) and opening proper on Friday (June 28), it pits man-made objects in opposition to natural phenomena.

Opening at the Mac on Saturday (June 29) is Bert Hackett: The Gemini Years, an exhibition of the best of the Birmingham Post’s long-running satirical cartoon strand (pictured right).  Meanwhile, at The Drum, Reggae Kinda Sweet opens on Wednesday (July 3), an exhibition of Pogus Caesar’s extensive photo archive of reggae musicians dating back three decades.

There are some good video-based options this week, too.  With Birmingham Central Library on its last legs, on Saturday (June 29) vinylartspace.com will screen Charlotte Morgan’s A Rogue Antique, influenced by the demise of the old building, while on the same day over at the Wolverhampton Art Gallery, there’s the opening of Stuart Layton’s touching films in You’ll Never Work In This Town Again (pictured below).