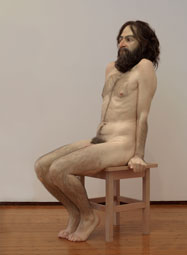 This weekend presents the perfect opportunity for arts lovers to celebrate the summer, with Brum’s most creative cultural and foodie outfits coming together in Digbeth on Saturday (July 27) for the Warwick Bar Summer Fete.

Highlights include Vivid’s tribute to the singular career of David Bowie, as well as the launch of the new issue of Ayo and Oni Oshodi’s mysterious Slain By The Cruel Blade Of Postmodernity zine, which will contain a password granting access to a special one-off installation.  There’ll also be the summer launch of the Ikon’s Slow Boat, on which Thai artist Navin Rawanchaikul will sail east from Birmingham in search of his namesakes.  Plus, there’ll be meditations on the theme of consumption from local collectives Stryx, the Margaret Street Free Arts Council and We Make 6.

Plenty going on elsewhere this week too. The Herbert in Coventry exhibits 50 of Quentin Blake’s recent commissions for hospitals and health centres in As Large As Life from Saturday (July 27), while over at the Wolverhampton Art Gallery, Ron Mueck’s Artist Rooms show (pictured right) continues, with examples of his unsettling hyperrealist sculpture.

The Mac’s Open Project begins this week, a summer-long run of exhibitions overseen by young curators, as part of the venue’s Next Generation programme.  The first exhibition, DE.CON.STRUCT, opens on Thursday (July 25), and will explore society’s expectations around gender.

Plus, there are two new shows at the Royal Birmingham Society of Artists, with Valerie Alexander’s mixed-media work and Mark Fennell’s oil paintings on display from Monday (July 29). 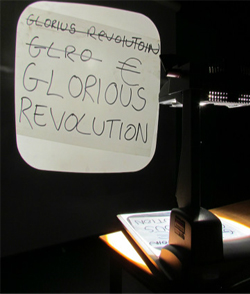 In theatres, the Birmingham Fest draws to a close. Highlights of the final week include modern-world isolation via the medium of dance in State of Encounter (Crescent Theatre, Thursday July 25), a light-hearted take on the European question in Glorious Revolution (Old Joint Stock, Friday July 26 – pictured right), a bracing journey of mental illness in This Way Madness Lies (Old Joint Stock, Friday July 26) and a decidedly modern version of Twelfth Night (@AE Harris, Saturday July 27).

Outside of the Fest, you could make it a Shakespeare double-header on Saturday (July 27) by taking an evening trip to the Mac for The Taming of the Shrew as interpreted by MadCap Theatre Productions.  Alternatively, the Criterion Theatre in Coventry sees Lucy Roslyn put her one-woman thriller The State vs John Hayes through its paces from Friday (July 26) before taking it up to the Edinburgh Festival.