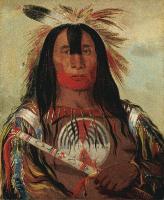 Inspired by a quote from the experimental French novelist Georges Perec, Grand Union’s Magic Eye exhibition sets out on a quest to find the eternal and the ephemeral via a diverse range of abstract works.  Opening on Friday (July 12) with a performance from Luke McCreadie, the exhibition proper gets underway on Saturday (July 13) and includes Danish musical theorist Goodiepal discussing his theory of creating music for an audience of computers, the UK premiere of Jennet Thomas’ anarchic video installation I AM YOUR ERROR MESSAGE and the latest works from Alexander Stevenson’s Project Eigg, in which, inspired by the small Scottish island, he attempts to construct his own cultural mythology.

Also new this week is Front Room, Malgorzata Adamowska’s life-size installation of a traditional British sitting room, which opens at the Ort Gallery in Balsall Heath on Wednesday (July 17).  The work explores the ways in which migrants attempt to assimilate in modern-day Britain while simultaneously retaining their heritage.

Giorgio Sadotti will be on hand at the Ikon on Friday evening (July 12) to discuss his cacophonous assemblage THIS THIS MONSTER THIS THINGS, which remains on display in the Ikon’s Tower Room until Sunday (July 14), while in Wolverhampton from Wednesday (July 17), the Light House exhibits Studio No. 44’s translation of photographs into printed forms.

Saturday (July 13) marks the start of The Public’s 2013 Summer Exhibition, featuring a wide range of pieces from local artists, while the Royal Birmingham Society of Artists’ 2013 Portrait Prize show opens on Wednesday (July 17).

Meanwhile, Moseley’s St Columba Church is the suitably atmospheric venue for Films That Go Bump In The Night, an evening of chilling shorts curated by Kino 10 as a prelude to Brum’s upcoming Shock & Gore horror festival.

In theatres this week, it’s all about the inaugural Birmingham Fest, which begins on Friday (July 12).  Running for 17 days across four venues (@AE Harris, the Blue Orange Theatre, the Crescent Theatre and the Old Joint Stock), fringe companies from across the country converge to provide an eclectic programme of comedy, drama, dance and cabaret.

Away from the Fest, Oddsocks bring their production of A Comedy of Errors to the Mac’s Outdoor Arena on Thursday (July 11) and Friday (July 12).