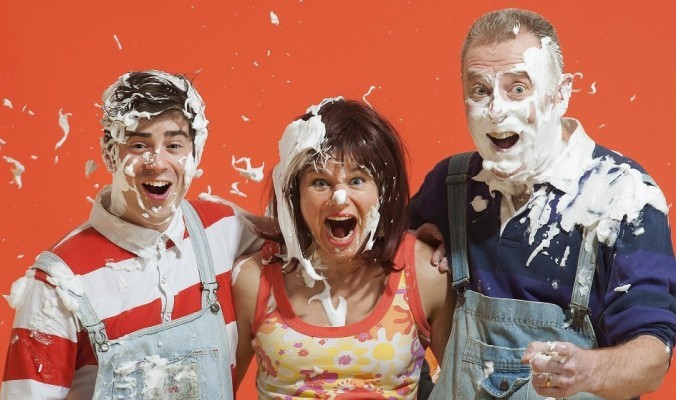 It’s an exciting week for theatre fans, nowhere more so than at The Rep.  Opening on Thursday (February 27), comedy Never Try This At Home is the story of what happens when Saturday-morning kids’ TV becomes too anarchic for its own good.  The Rep’s artistic director Roxana Silbert challenged Birmingham-born director Paul Hunter to develop a play set in the city, and this is the result, drawing on Hunter’s childhood experience of being pelted with custard pies on Tiswas.

Friday (February 28) is the opening night for A Life Of Galileo, the first major highlight of the Rep’s Epic Encounters season.  The programme, curated by Mark Ravenhill, is a comprehensive celebration of the work of German poet and playwright Bertolt Brecht, and will run through until mid-April, with all manner of theatre, comedy and cabaret to look forward to.  A Life Of Galileo sees Star Wars’ Ian McDiarmid star as the titular scientist whose brilliant discovery renders him persona non grata with the church.

Also this week, the highly-acclaimed, darkly funny love story Blink opens on Monday (March 3) in the Rep’s most intimate auditorium, The Door.

Plenty going on elsewhere, too.  There’s full-mask theatre on Thursday (February 27) at the Mac, as Finding Joy presents the story of a rebellious youth deciding to become the carer for his charming grandmother.

On Friday (February 28), interactive-theatre outfit Coney arrive at the Warwick Arts Centre for a performative sharing entitled Early Days (of a better nation).  Influenced by the political turbulence of recent years and shaped by research from Warwick University academics, the audience will play an active role in the creation of a notional new country.

Also on Friday (February 28), the Crescent Theatre has When I Grow Up, a powerful drama in which a gifted teenager’s aspirations are blighted by the domestic violence in her household.  Then, on Saturday (March 1), the venue begins a run of Serjeant Musgrave’s Dance, John Arden’s anti-war play, as performed by the Crescent Theatre Company. 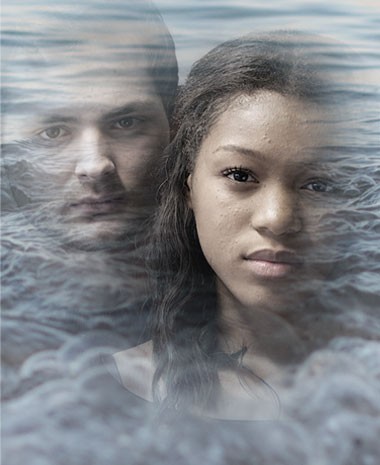 Saturday (March 1) also sees the opening of a new comedy at The Drum, with The Real Housewives Of Brixton’s titular housemates constantly striving to outdo each other.

Coventry’s Belgrade Theatre has a run of The Tempest beginning on Monday (March 3), a collaboration between the venue’s Young Company and the much-heralded physical-theatre outfit Frantic Assembly.

Then, down the road at the Warwick Arts Centre from Tuesday (March 4), the brilliant Daniel Bye returns to the region, this time with How To Occupy An Oil Rig, a playfully inspirational show about changing the world.

As for the visual arts, if you didn’t get a chance to see last year’s BP Portrait Award, then the 55 finalists are on display at the Wolverhampton Art Gallery from Saturday (March 1).  Included  are Susanne du Toit’s winning portrait, an oil painting of her eldest son, as well as the second-placed piece by Coventry painter John Devane.

Also this week, the Mac presents A Night Of Digital Storytelling on Thursday (February 27), featuring multimedia presentations and a debate, while at Digbeth’s A3 Project Space from Monday (March 3), there’s a display around Rich White’s Viaduct project, his in-depth study of the unfinished, abandoned Duddeston Viaduct.