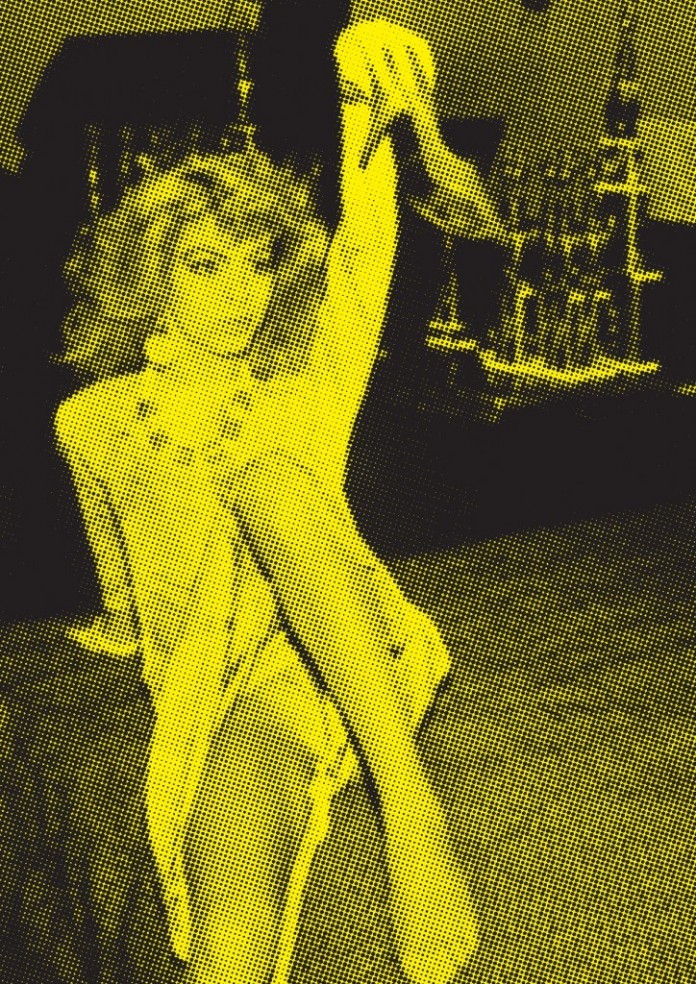 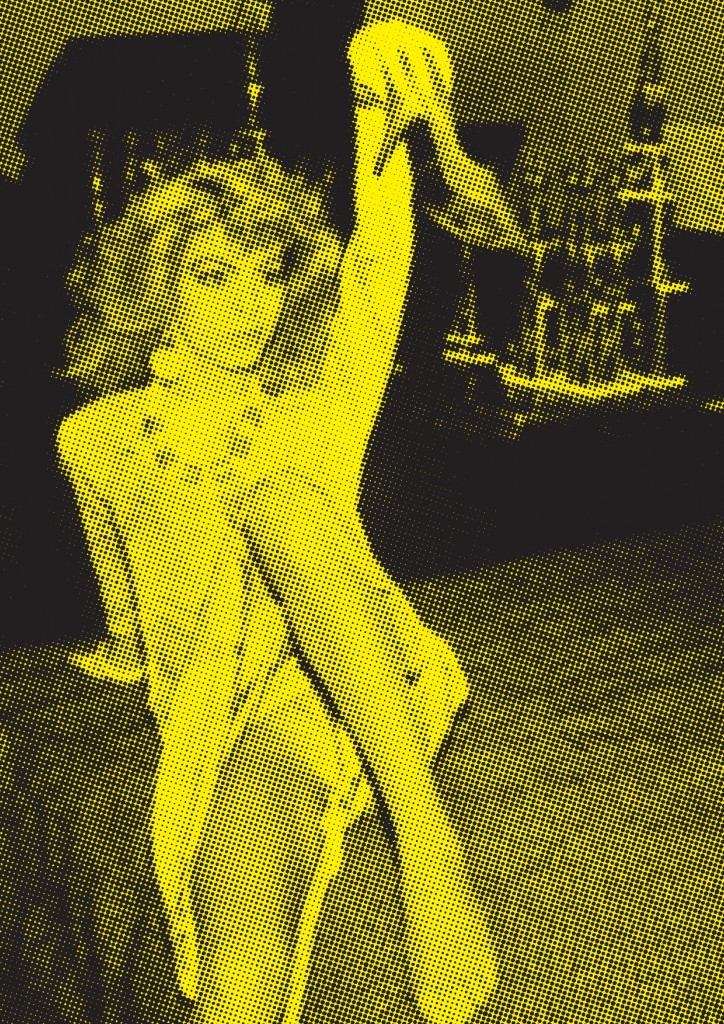 Vivid is a highly-respected player in Brum’s vibrant art scene, with roots that can be traced back to the 1990s and the former Birmingham Centre For Media Arts.  Its current incarnation, Vivid Projects, was founded by Yasmeen Baig-Clifford in 2013.  Based in Digbeth’s Minerva Works, collaboration lies at the core of its operations, with the forthcoming Queer Traces season a co-production with Mac.

“It came out of a desire to broaden our screen-based programming through partnership with a cinema space,” says Yasmeen.  “The initial proposal was to collaborate on a hybrid season that could bring together Vivid Projects’ and Mac’s audiences whilst encouraging crossover between the visual-arts audience, theatre and cinema.  Queer Traces as a strand came directly out of Vivid Projects’ cross-disciplinary research into 1970s-90s subcultures, and we’d been looking at early disco and the international adoption of the US voguing scene.”

Vogue may have been made famous by the Madonna song, but just as influential was Paris Is Burning, a multi award-winning documentary chronicling the 1980s voguing scene, which will be shown as part of Queer Traces.  “The voguing community has a very rich history extending beyond the story covered by the film,” explains Yasmeen, “yet so many people came to voguing via Paris Is Burning.  It opens up a conversation about performing gender but also succeeds in communicating the dance too and how dance functions as a language.  For many people who’ve seen it, the key is the way it addresses the construction of identity through the concept of realness – the extent to which a performance conforms to the standard by which it is being judged.  Vogue ball participants seek to appear as what they are not – be it female, straight, white or rich – through their behaviour and dress.”

Paris Is Burning forms half of a double bill at Mac on July 3.  The other half is a screening of Shade Compositions, a fascinating live performance piece from artist Rashaad Newsome which draws influence from vogue culture.  In it, a chorus of performers produce sequences of stylised vocalisations and gestures, with Newsome remixing the material in real time using a Nintendo Wii controller.  “Newsome’s work references some of the vogue conventions explored in Paris Is Burning,” says Yasmeen, “such as the terms “realness”, “voguing” or “shade”.  Shade Compositions is concerned with empowerment, the black feminine vernacular, status and rank.  Newsome described how, for him, black American women were the starting point for this vernacular, and what he considered the hyper-performance of femininity.  By this, he is referring to the stereotypical body language of black women and how it is appropriated and eventually owned worldwide by women, but specifically by gay men.  Ultimately, Newsome is exploring a language of power, be it flamboyant dress or movement, words, objects or sound.  He samples heavily from hip hop and pop culture.  He very consciously subverts the symbols he works with – for instance, the performative aspects of race and class evident in the hip-hop adoption of glitz, gold and chains.  His dismantling of hip-hop motifs and gestures and blatant queering of what is a traditionally hyper-masculine aesthetic is exhilarating.” 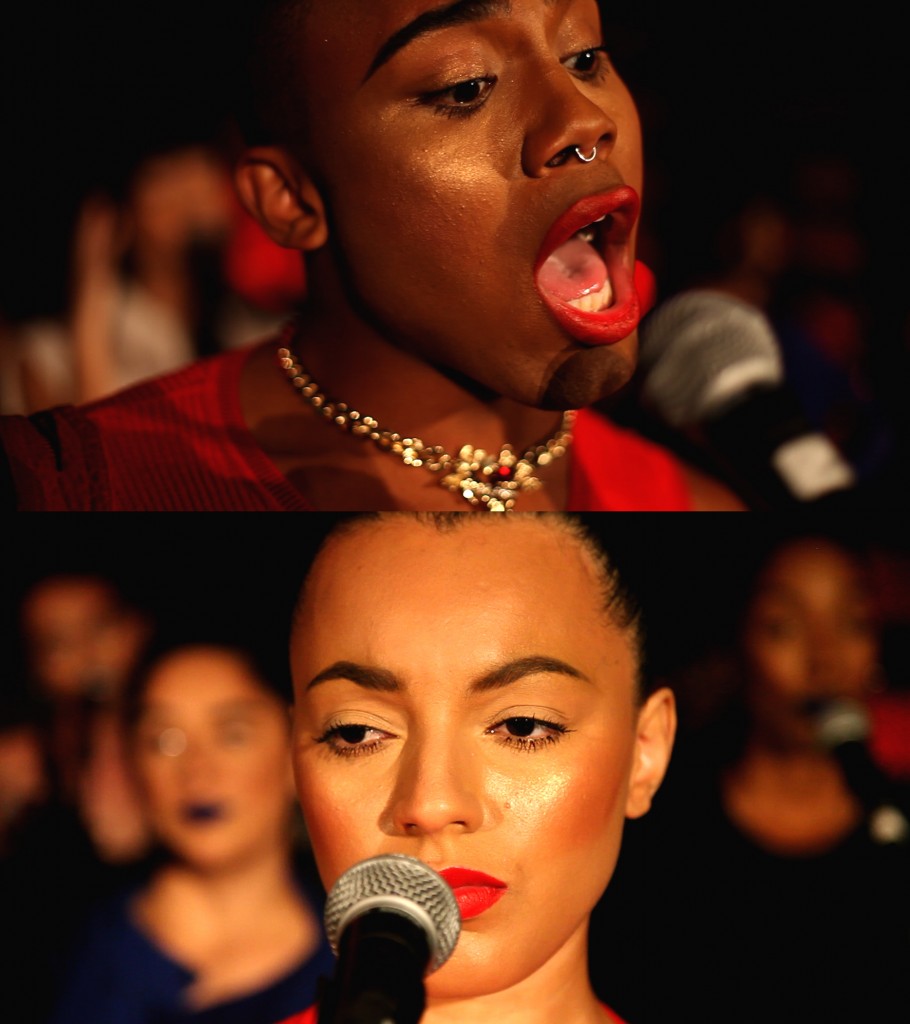 Kicking off the Queer Traces season on May 16 is a live audio-visual show at Vivid Projects entitled Realness.  It’ll include a special performance from the provocative Brum-based artist Kate Spence exploring the sexual identities bound up in pole dancing.  Then on May 22, Mac hosts a live show from the Ghanaian-born artist Harold Offeh.  For his ongoing Covers project, Offeh adapts iconic album covers from the 70s and 80s into durational performance pieces.  For Queer Traces, he’ll focus on his Graceful series, exploring the iconography of Grace Jones.  “Offeh’s works are deceptively light of touch,” says Yasmeen.  “Within this playfulness is an engagement with issues of racism and identity.  In Grace Jones’ album cover for Island Life, she performs an arabesque pose, and in so doing is constructing an androgynous and impossibly Amazonian identity.  But, of course, the image is a composite, and thus impossible to fully embody.”

When it comes to sexual diversity, western society has clearly made important strides in recent decades, but Yasmeen is keen to stress that the topic is still very much germane in the modern world.  “In Russia, for instance, and Sub-Saharan Africa, human rights based on sexual orientation and gender identity remain highly contested, and draconian legislation curtailing freedom of speech and expression has been, and is continuing to be, introduced.  We hope the Queer Traces season will be entertaining whilst also providing a way of engaging audiences in very live and current ideas, dialogue and debate about sexuality and gender.”

Queer Traces begins on May 16 with Realness at Vivid Projects.  For more information, visit http://www.vividprojects.org.uk/programme/queer-traces/.