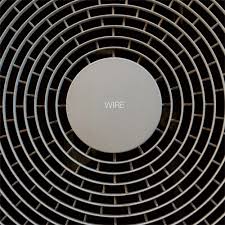 Artists that choose to eponymously title albums in the middle of their careers usually do so as a means of reclaiming their original identity and sound. But not Wire. Averse to following the flock ever since their Situationism-inspired 1977 debut Pink Flag suggested that punk’s nihilism was already a redundant prospect, album number 13 instead marks a brave new chapter in the book of alt music’s premier envelope-pushers, capturing the next sonic evolution of a group that outright refuse to be defined by the merits of their past.

Hair greying and age beginning to take its toll, this self-named entry into the Wire canon finds famously snarly-voiced frontman Colin Newman not letting the words tumble forth, as is his usual approach, but actually stopping to think before opening his mouth. This means that, save for Blogging, a spasmodic takedown of social media’s look-at-me culture, many of the A-side’s songs substitute the mellowing lead singer’s usual anger for pain and uncertainty – the gentle clatter of Burning Bridges painting Newman as a lover unwanted and Sleep-Walking’s coiled sadness submerged beneath an ocean of throbbing, twisting and turning guitars.

Calm never really devolving into chaos, the tension and tautness that made the band such a frightening proposition in the late 70s is noticeably absent on their first LP since 2013’s Change Becomes Us, with the flickering likes of Swallow and Shifting more easily described as affable than abrasive and Octopus, a crystalline pop tune beset by hulking drums and nose-diving guitar gusts, a more serene take on their minimal formula.

Consciously abstaining from strolling down avant-garde avenues, Wire might err on the side of caution but, in doing so, becomes one of the most accessible albums in its namesake band’s storied history. A field day for the easy listeners.