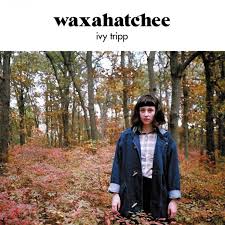 Once only possible in swanky recording studios, these days technology affords musicians the luxury of being able to produce entire records from the comfort of their own bedrooms. An approach taken by Waxahatchee, aka Katie Crutchfield, on her delicate under-the-radar debut American Weekend in 2012, the Alabama-born tunesmith continues to favour this intimate production method on Ivy Tripp, her third album in as many years.

The product of someone who seems to have spent the past 12 months crying into her pillow, it’s difficult to imagine the album’s first song Breathless being penned (or indeed sung) anywhere else but in the quiet of private quarters. A stark opener that, in its harrowing list of worries and self-doubts, sets Ivy Tripp’s no-punches-pulled precedent, the tracks that follow are most mordant when broaching the subject of love. Lead single Air is a gentle, if not entirely celebratory, ode to a relationship yet to succumb to its sell-by date, whilst Stale By Noon – a callous, organ-washed missive – seems maudlin enough to compel a letter of concern from Lana Del Rey.

Chock-full of cool electronic hums that accentuate Crutchfield’s crunching sadness, the album does, on occasion, buck its downbeat trend – riot grrrl pairing Under A Rock and Poison borrowing the prickly disdain of the resurgent Sleater-Kinney and The Dirt’s New Wave underbelly, bopping along like Blondie with a darker shade of hair.

An affecting, mature and, at times, difficult to stomach record that will have you sobbing into your sheets and reaching for the Kleenex quicker than you can sigh out the words: “instant classic.”