Never content with their lot, Leeds quartet Pulled Apart by Horses are constantly redefining their own expectations of themselves as musicians and, in doing so, seriously push the boundaries of the genre for the rest of us. For this is the majesty of Blood, the band’s third and surely most accomplished album to date.

Heavy, bass-laden hooks and fat drums propel the album forward; it’s full of big, fuzzy pop numbers (such as opening track Hot Squash and Lizard Baby), whilst Skull Noir and Medium Rare make it seem as though The Vines were channeling Kyuss.

There’s also a playfulness coursing through its veins, as Blood echoes the sardonic, puerile humour of PABH’s self-titled debut album of 2010. Tom Hudson’s vocals fluctuate between throaty, psychedelic screams and a sinister croon, as with Grim Deal, which concludes with the sentiment ‘I have no logic/ I have no plans/ I’m a real bad liar and I eat with my hands’.

Blood is a testament to the band’s tendency towards self-criticism and introspection; a careful process of distilling a plethora of sounds of influences into one, coherent entity makes the 12 tracks here seem totally unified, with the resulting album feeling nothing short of timeless.

Blood by Pulled Apart by Horses is out on September 1 through Best of the Best. Order it from Amazon here. 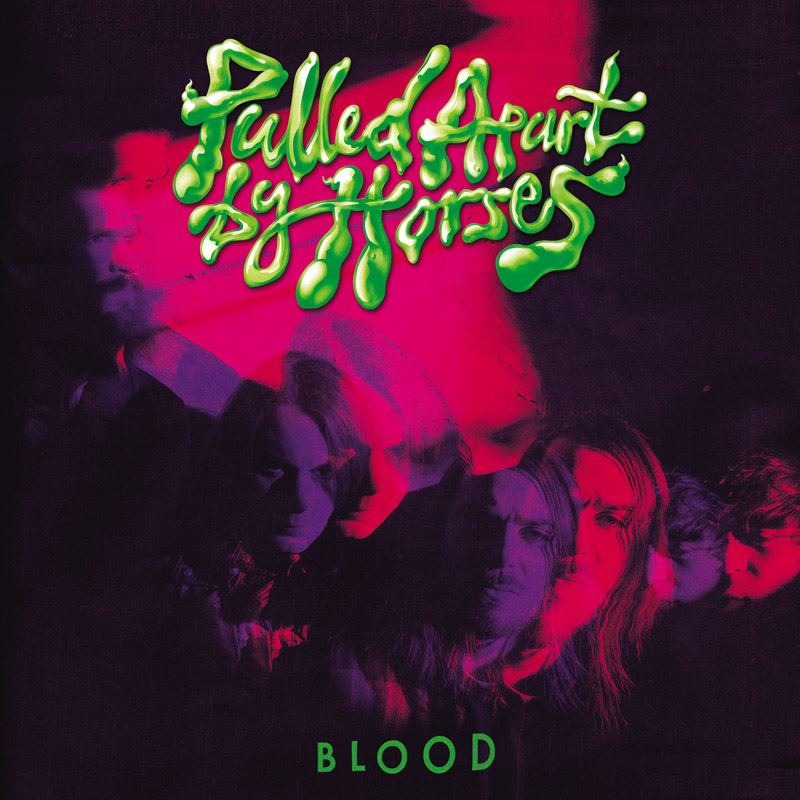