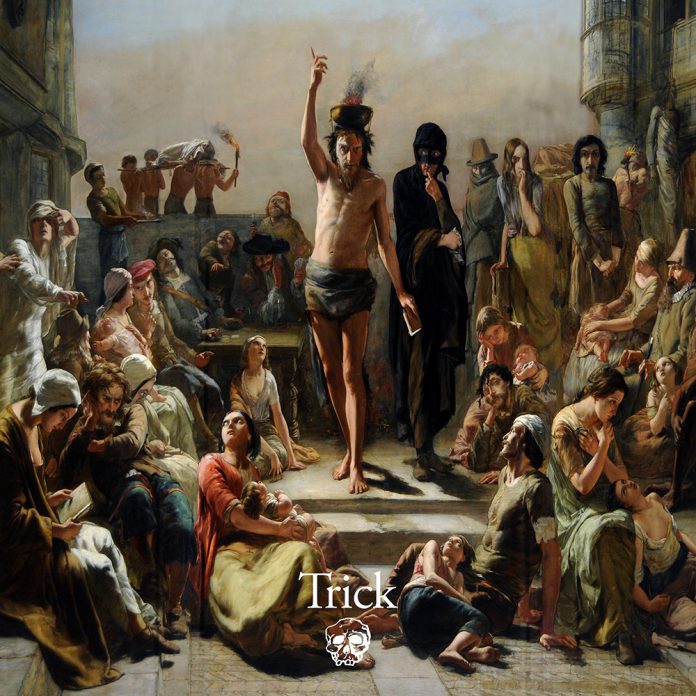 This year called for big celebrations for Jamie T as he reached the ripe old age of 30, and in doing so, it looks like the realities of life have finally hit him. No more tunes about lighting up a spliff or drinking yourself into oblivion, instead, it’s all about finding what adulthood’s about.

Straight into the boisterous Tinfoil Boy, he’s already gone up another level from his previous records. “It’s times like this I feel tricked into waking up,” he admits, whilst dawdling in the dark verses before crashing into the angry fire that is the chorus. This new found energy resumes in Drone Strike, as he strengthens the fast-paced raps and huge sing-alongs that got him where he is today.

Revealing his insecurities in Sign Of The Times, he declares “I wish I’d been a little unconventional…I was never enough”. He might see himself as a sign of the times, but with Trick, he’s brought up to date what we loved about him back in the day.

Name-dropping another historical figure in Solomon Eagle, the prophet of doom is far from the Clash-inspired Robin Hood, or tongue-in-cheek sampling and snappy choruses of Tescoland. Instead it carries a sense of impeding trouble that is unavoidable. There’s no gushing-about youthful nostalgia here.
Softened with reggae rhythms it’d easy to overlook the confession “if I had a gun, I’d blow my brains out” in Dragon Bones, but it’s left exposed in Self Esteem. Whilst the guitar and keys in the background brew up a storm, heponders over the many London summers he’s had causing lost friendships and “low self esteem” that echoes throughout the track, as if it’s plaguing his mind.

With so many memorable bangers under his belt, it’d be hard not to forget his delicate, emotional side. He may try to conceal it with unforgettable riffs and mind-blowing raps, but it had to come out eventually. Trick sums him up perfectly; it brings together all the elements he’s been boasting over the years. There might be less girls, drugs and booze but finally admitting he’s grown up certainly hasn’t done him any wrong.

MOVIE ROUND-UP: From Fri May 14