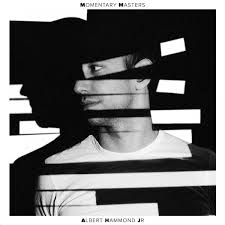 Albert Hammond Jr., the Fender-wielding guitarist from The Strokes who showed us all how to rock a skinny tie, is back with his third solo album.It’s impossible to talk about Hammond, who first branched out on his own in 2006, without mentioning The Strokes and his essential part within the band, but if you’re a fan of the New York rockers then you shouldn’t be too disappointed with this album.

While Momentary Masters lacks the charm and spirit of a Strokes album, it does have some great stand out tracks that stay with you for days. First single Losing Touch gives you a hint of what’s to come and is a sharp, self-contained pop song. The album continues in much the same vein, creating a body of work that sees Hammond flex his creative muscles to infinitely pleasing effect and retains enough of his garage roots while pushing his foot on the accelerator.

To break the pace there is a cover of the Bob Dylan classic Don’t Think Twice, It’s Alright, which sounds like it was recorded in Hammond’s bedroom in just one take, but still sounds wonderful nevertheless. Momentary Masters is much more mature than his previous efforts, but still remains fun at the same time. It is also the first solo album where Hammond properly distances himself from his “other” band.

Momentary Masters is a good album, not a great album, but definitely one that stands on its own merits and surpasses the bar that’s already been set.