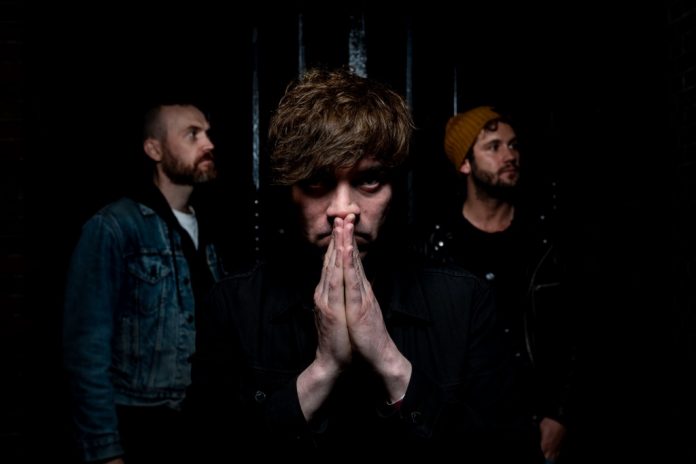 Entitled Everybody’s Lost And All I Want Is To Leave, it’s their first for Dutch label Gentlemen Recordings (The Magic Numbers, The Wonder Stuff) following an amicable move from their previous home, Solihull’s Static Caravan (who put their first EP, 2013’s In Memory Of, and their 2015 debut album, Everything Forever).

Recorded in Loch Fyne, Argyll, the album successfully combines both urban and rural influences, and includes the tracks Quiet House and Follow You.

You’re on a new label after many years on Static Caravan.

Static Caravan are still as ever an incredible label whom without their belief we would have never realised our potential, they continue to embrace bands at the starts of their career, Birmingham’s Matters are for sure a continuation of that theology. But yes, a new home, a new album, it’s forever humbling to know people outside this city, country, care to buy your record.

How did the songs for Everybody’s Lost And All I Want Is To Leave come together? Were they all written over the last five years, or more recently, especially for the LP?

When we finished our last full tour we decided to go to a residential studio in Scotland for a couple of weeks to write. We’d already amassed a long list of ideas yet to become full songs over the preceding couple of years, and had two new songs we’d tested out on that tour. We went there with every synth we had, every extra bit of kit we could borrow, and a book of words and box of wine. We planned to build on those ideas, and apart from one (Quiet House) we found ourselves immersed in our surroundings and creating brand new ideas. With the Loch on the doorstep, a city band being miles from the nearest village, shop or pub, completely isolated in the spring with a live room we could use 24/7, we very quickly fell into writing and arranging a song a day. It was the best thing we ever did. We’d cook in the cottage next door, sometimes reluctantly sleep, whenever any of us wished we could go into this room get a loop going and start developing ideas. If that was one of us in there at 4am, we’d be in as a three piece at 11am building that idea into a song. This resulted in the very loud and the very quiet, the record represents those times of day, of night, it’s a very light and shade record, each side almost represents exactly that, unintended as it was at the time it turned out that way.

The album is 10 songs that were made in that space, there’s nothing left over. I guess we should be joyful that the B-side has been destroyed by online streaming as we haven’t any finished though I am sure there’s a memory stick from 2013 we could tap into if the CD single makes a resurgence!

It was a fully functioning recording studio with live room and cottage. Plenty of music gear, though we took up all (as in everything we could) of our own stuff to record the ideas live. Most of the ideas were actually captured on trusty iPhone voice memo recordings [due to] the absence of an engineer, but yeah, we were lent a few extra synths off friends – mainly a Moog Sub Phatty which turned out to be a massive influence on the record, a few drum machines too.Bbut the live room also had a beautiful old piano which was a basis of quite a few ideas Steve and Nick started. There’s a lot more piano on this album than previous ones.  I had my guitar/ effects corner and a couple of Roland drum machines. It was like being in the sweet shop, the joy being all three of us can mix around the room at any time in our headphones, and find sounds to then work to as a band. Morning was generally let’s play until something feels special; the rest of the day was trying to put that into the structure that became a fully formed song.

Did you make the most of the setting, by fitting in any hikes or regular walks etc? Or did you just knuckle down and get to work?

It was work work work, but absolutely enjoyable work. A day in we planned to go out on the Thursday night find the pub six miles away, something to look forward to. We didn’t, and only because it was going so well we didn’t want the break. Though let’s be clear also, those [Scottish] midges! Blimey, there was no way we’d venture to that Oyster Restaurant I really wanted to visit either any time after 3pm, and besides, the World Cup was on, and we didn’t come without a few bottles of our own.

For you, what are some of the album’s highlights?

The three that stick out to me will probably differ to the other guys but personally, When The Dark which starts the album, that was the first song we wrote out of nothing that first Monday morning. The piano riff started and I started singing, and as my throat was a bit shot it ended up this gravelly gentle rasp, subbed, hungover to be fair, it set the tone for the vocals of the whole thing. Really proud we put that song first on the album now it sets the whole dynamic, and we can’t wait to play it on a stage for the first time.

Secondly, Exit, which at near nine minutes is pretty epic. But I recall it was on a day we were all a bit disjointed, a slight bit of cabin fever had set in, I was in the room alone and played as loud as I could and the chords fell together really naturally. It changed a lot when we put it together as a band, for the better, but I still often listen to the phone voice memo I did on that first play through, and know exactly where my head was.

Thirdly Quiet House, being far away, being without anyone but each other, well the words of that said all that the heart could, it’s probably the most personal song on the record, a joy every time I sing it live. That’s not very cool I suppose, the truth rarely is, but, it is cool to me.

This year marks Victories At Sea’s tenth anniversary. How (and where) was that first gig?

The Flapper (RIP), at their Off The Cuff Festival [July 2010], first on, full room, nuts, I think only one of those songs – I think Echoes – from that set made it onto a released record. Immensely proud we have lasted this long. We still use a lot of the same gear we had then, albeit with some additions. But ultimately to be able to go out and play shows, it’s the dream. Let’s not beat around the bush, we all still have day jobs, the money pays for what we can record and do, that’s our lot; to do more of it though, well that’s the hope going forward into the year with this new record.

Looking back, how do you think your sound has changed over the years?

At the start, to stand out from the mush, you are consciously trying hard to be different, to set out your stall, you then waltz unintentionally into sounding like your peers a little, you regroup and depart and realise being yourself is the most important part of being creative, that was what the Scottish writing trip instilled – forget anything else exists, stop listening to the radio, these things help.

And how do you think the Brum scene’s changed over the time since you’ve been playing?

We’ve never really been a part of scene here; there’s a core of bands we respect and love, Outlander, Hoopla Blue, Matters, Mutes, God Damn, and Free School from back in the day. FOMA are doing great things as a local label, and This Is Tmrw as promoters continue to give locals great opportunities on big stages.

We have the album launch on Thursday 20 February [2020] at The Hare and Hounds, then no doubt a few other UK dates in the spring, then off to The Netherlands and Belgium to tour the record there all being well, we love Europe, we’ll always feel European.

For more information about the band see: www.victoriesatsea.co.uk