The US music artist Prince has died at his Minnesota home, aged 57.

A statement from the megastar’s publicist confirmed rumours circling the web were true in a statement to Associated Press around 1815 GMT on Thursday 21 April 2016.

The tragic news follows reports that the multi-instrumentalist and singer was rushed to hospital with flu following an emergency plane landing just three days prior.

Police were were apparently called to a medical emergency at the artist’s Paisley Park estate, MN earlier today.

Prince, real name Prince Rogers Nelson, catapulted to global fame in the 1980s, with hit singles including Let’s Go Crazy and When Doves Cry, and albums including 1999, Purple Rain and Sign O’ the Times.

Regarded as one of the most successful artists of all time, the Minneapolis native sold over 100 million records during his career. 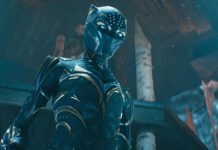